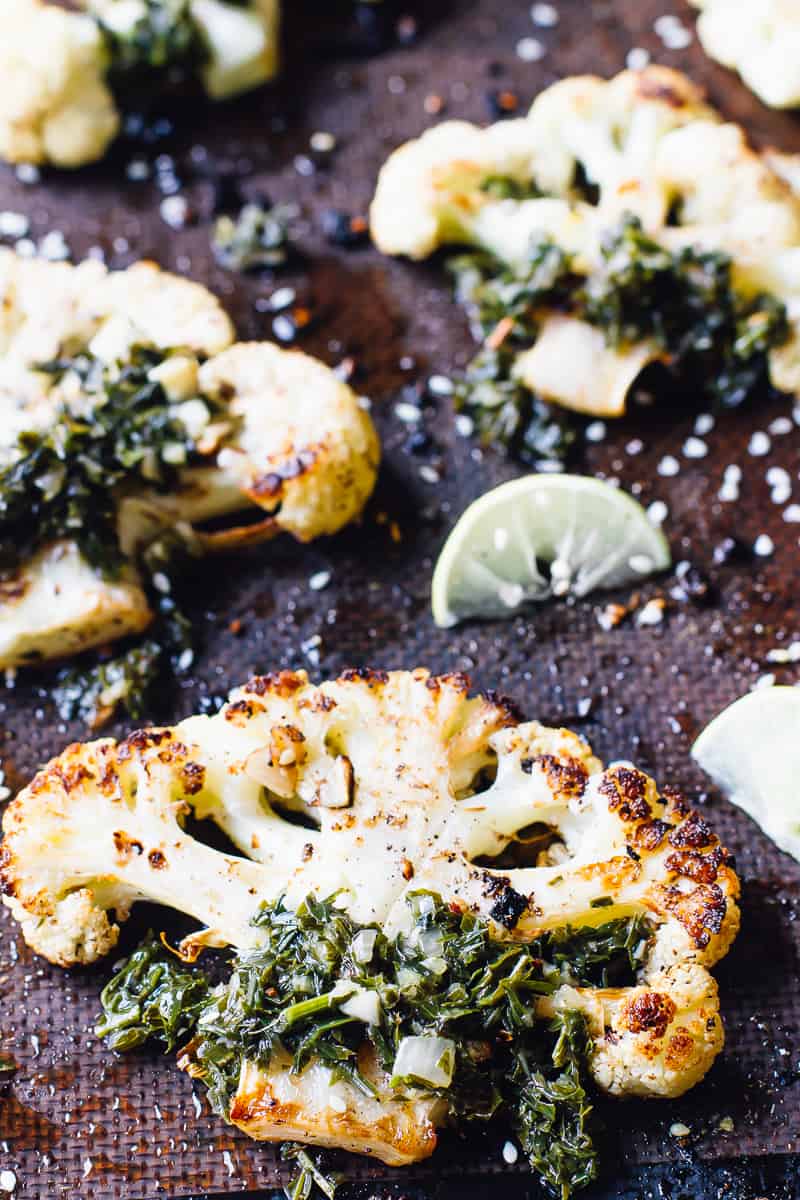 This post was originally published in 2016 and has been brought forward due to the new interest in low carb recipes!

Before I even go into this recipe, are you seeing those golden caramelised edges?  Can you say – perfection? That’s exactly what I thought when I pulled these out of the oven. I’ve been on a cauliflower kick for quite a while which is funny since before I became a vegetarian I had NEVER given cauliflower a second thought.   After trying it, I realised it was an amazing and versatile ingredient and have so many recipes I want to share with you. P.S. I have an entire roundup up of Creative Cauliflower Recipes to give a try! For right now though, I need to share with you just how much I enjoyed these cauliflower steaks. It was so quick, so easy and so beautifully unique. Ready to dive in with me? 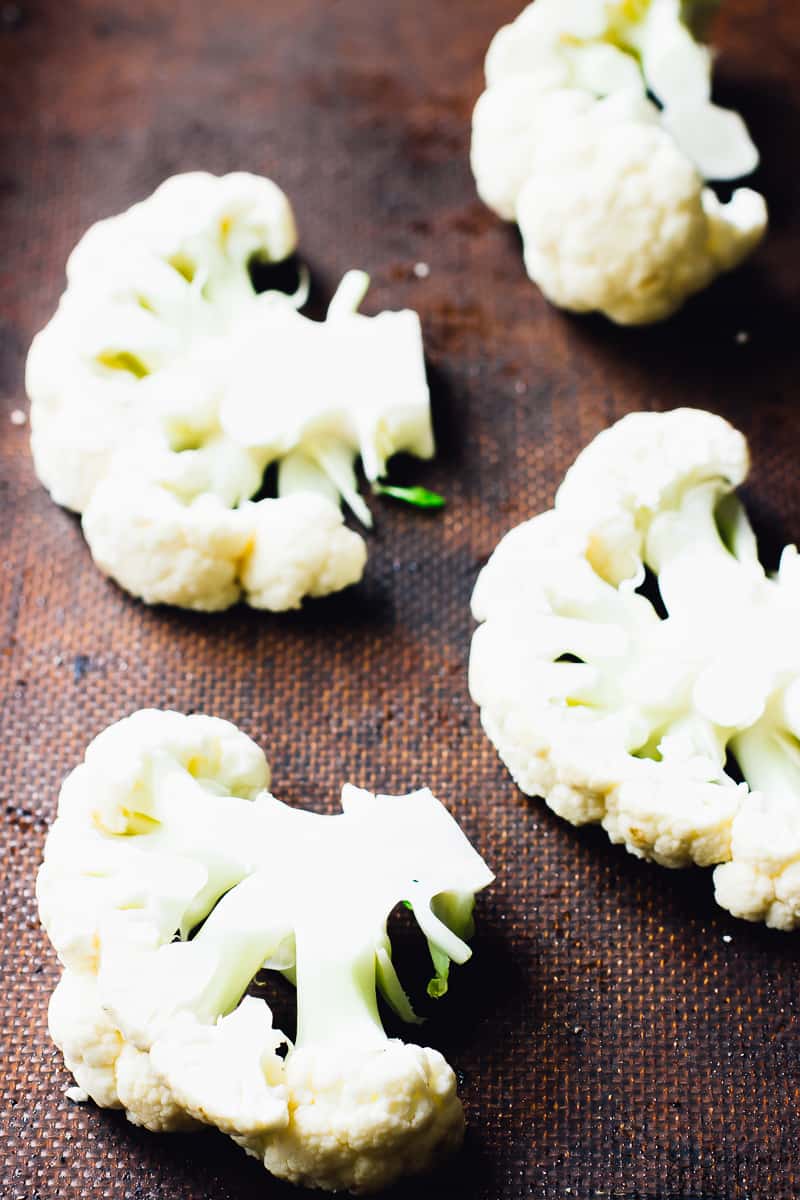 I don’t need to say much about these cauliflower steaks. They make a great main dish but also work as a side dish for smaller cauliflower heads. They would have been delicious just roasted, but the za’atar spice mix completely transformed them. Za’atar is a magical Middle Eastern herb mix made of ground sumac, roasted sesame seeds a variety of green herbs. It has a slightly lemon-y taste and taste amazing in olive oil, on coconut yogurt, in hummus…and on basically anything. I got my first taste at a Lebanese lunch restaurant where I became a daily regular. I asked how they made the za’atar mix and to my surprise they gave me a free container’s worth!!! 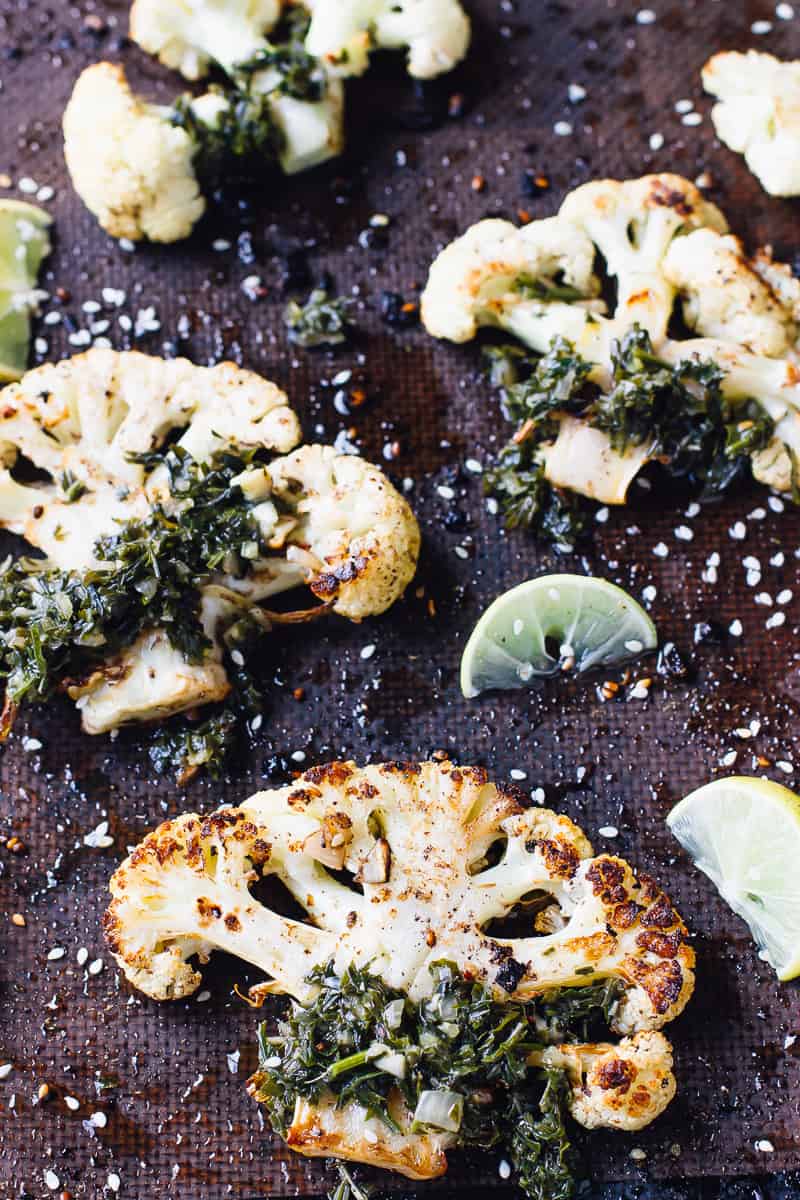 Needless to say I savoured every teaspoon. Since then, I came back from my trip to Israel with a giant jar of homemade za’atar that we’ve been dutifully using. You can buy za’atar pretty much anywhere now and the best varieties in your local international aisles/stores. mix. Adding za’a’tar plus searing the cauliflower before roasting is what transforms this recipe. It gives the outside a great texture that enhances everything.

Topped with the chimichurri it adds an EXPLOSION of flavour. I know, I sound uber excited, but I can’t help it. I love transforming a veggie but still keeping it’s integrity!! Does that make me a veggie geek? I think it does. So yeah, I’ll be sitting over here in my veggie geek corner, snacking on cauliflower, putting za’atar on everything. Just give me some Netflix and a blanket and I’m good for the night. 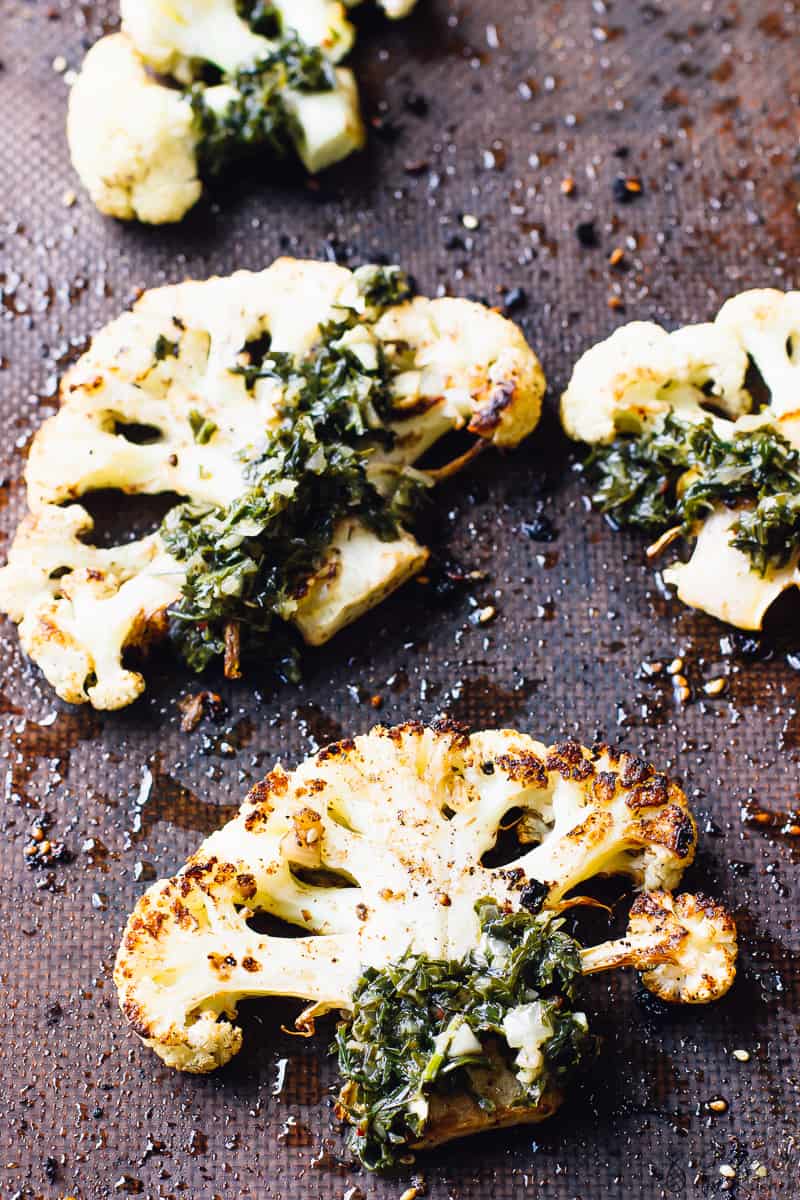 If you try these Za’atar Roasted Cauliflower Steaks, please let me know in the comment section below, or tag me on instagram with the hashtag #jessicainthekitchen!

HOW TO STORE CAULIFLOWER STEAKS 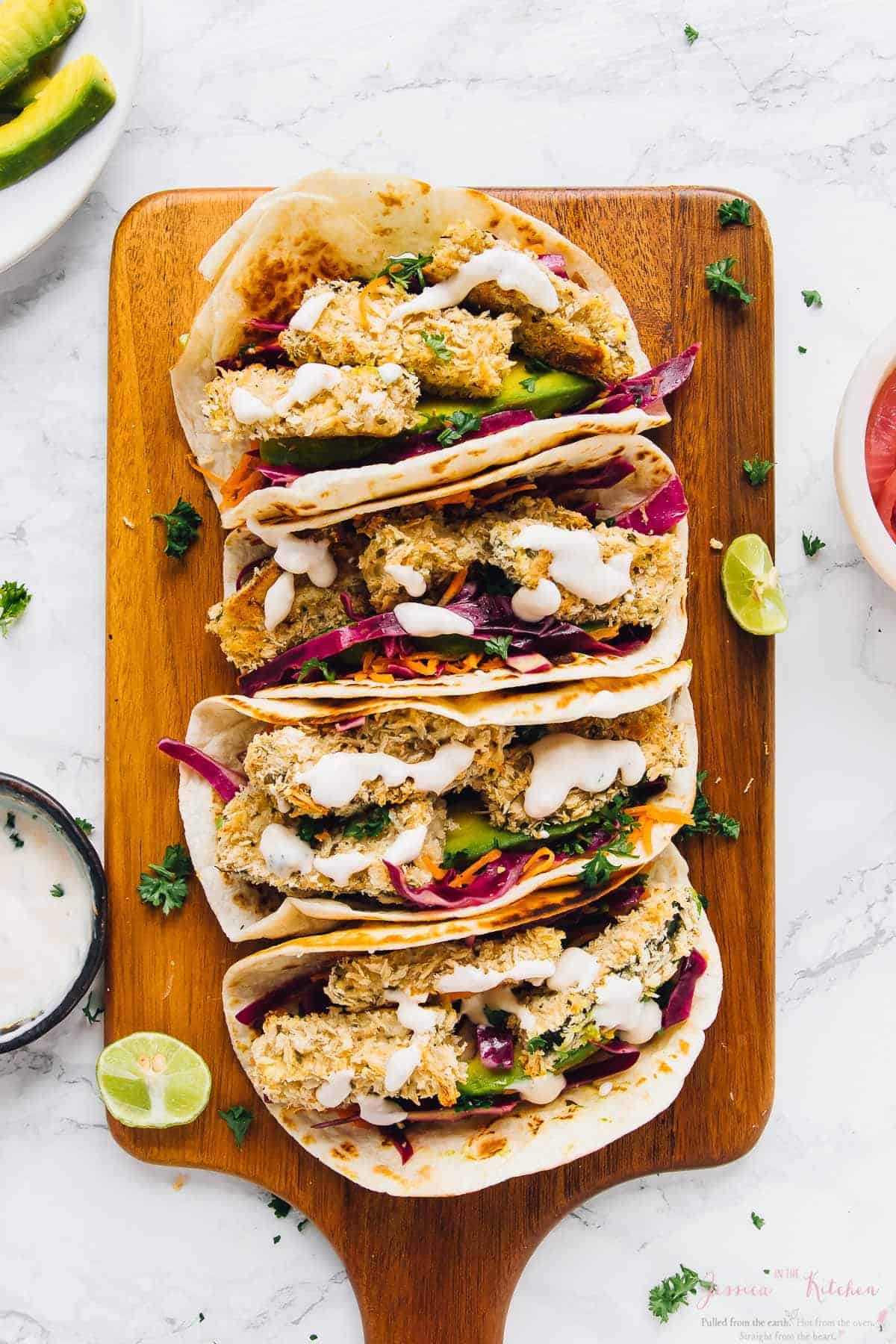 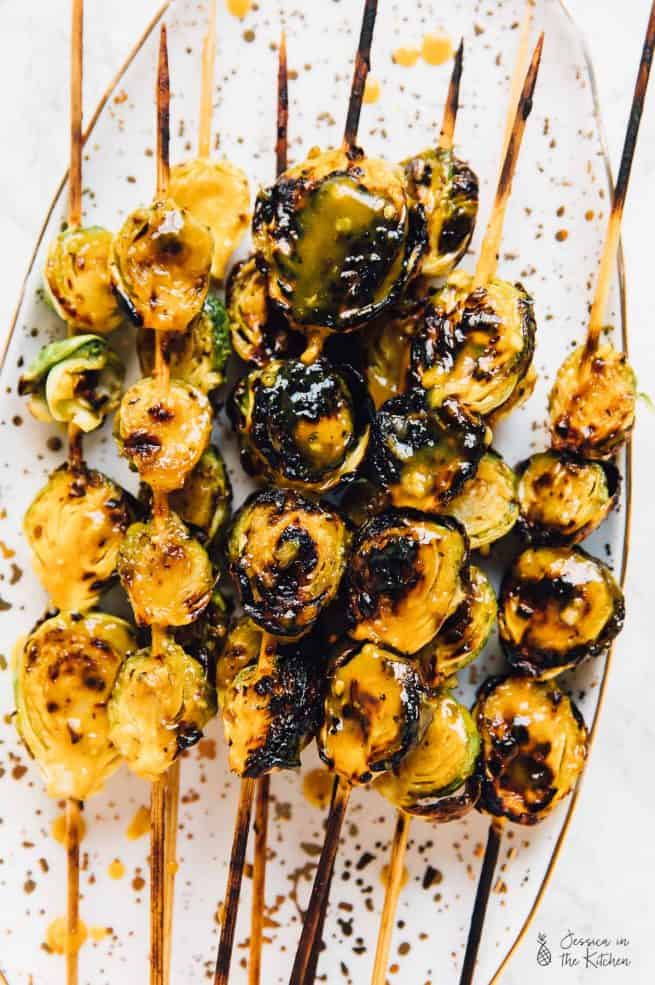 10 Vegan Grilling Recipes for the Summer 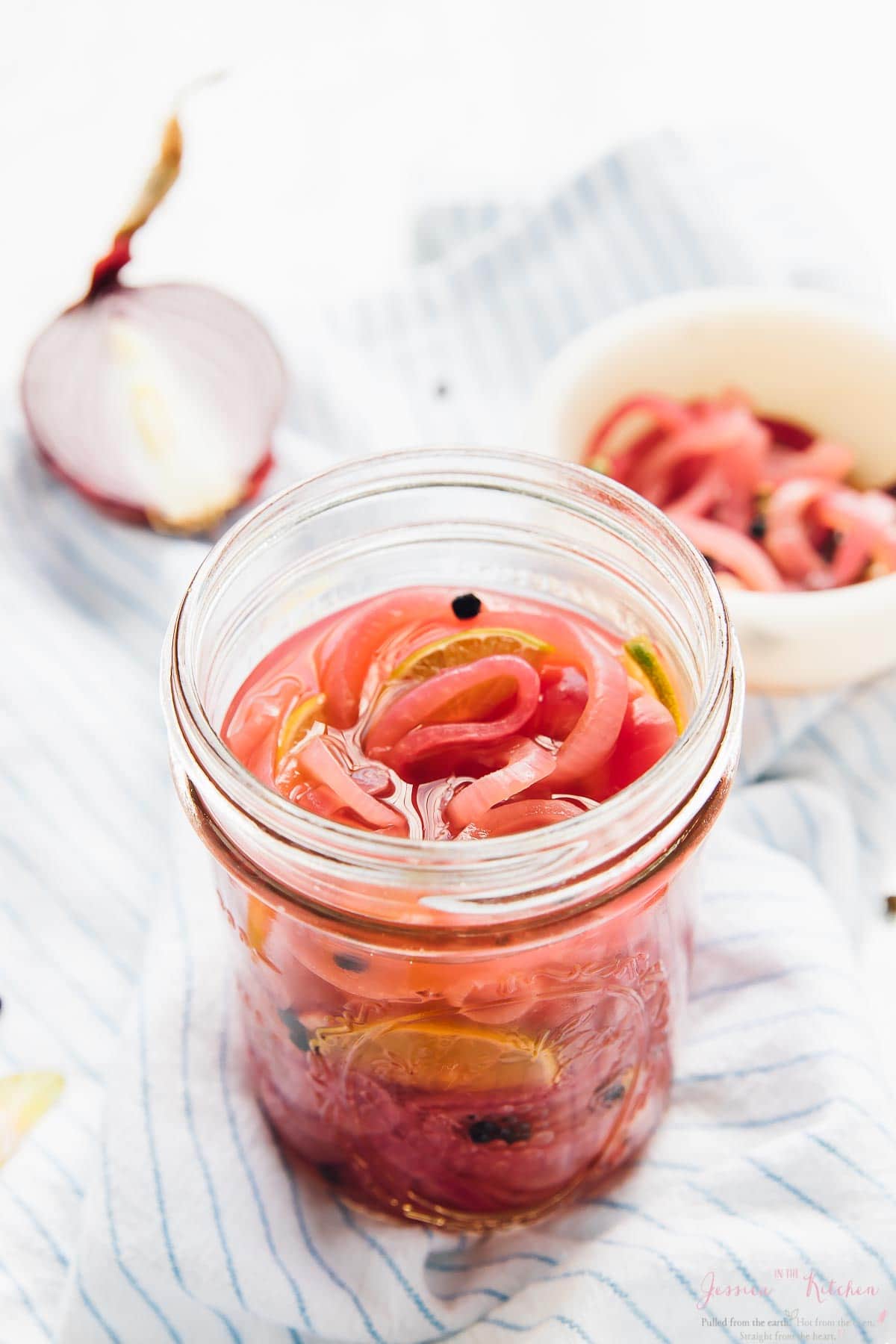