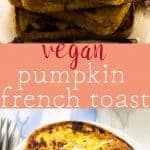 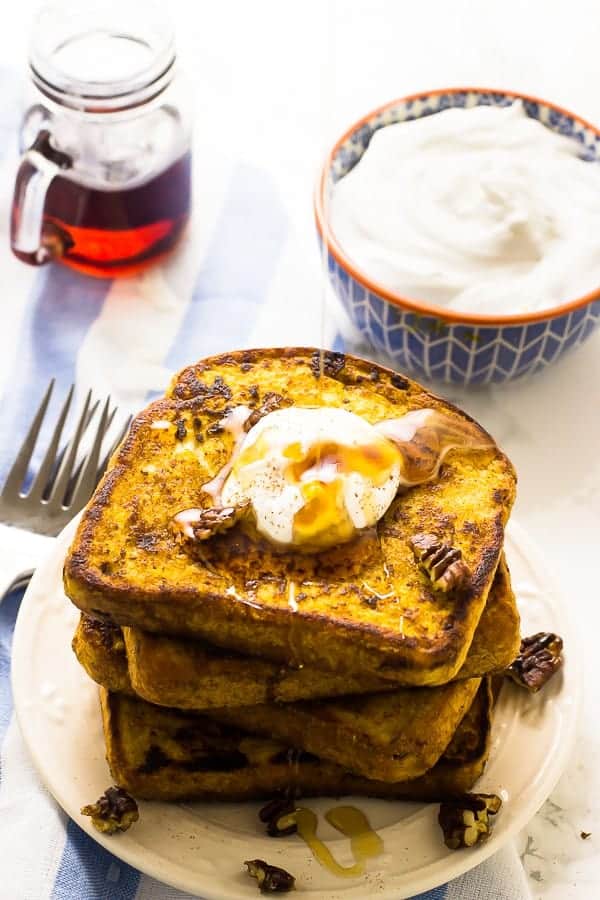 Happy September! I’m starting the month with some excellent news: a HEALTHY vegan french toast recipe!! We usually see french toast as an overindulgent, loaded with cream recipe, but not this delicious Vegan Pumpkin French Toast. It’s just as tasty as regular french toast, just as delicately crisp on the outside and soft on the inside, and just as satisfying. With just a few ingredient changes, I turned this into a dish you could actually have on a weekday morning without feeling guilty at all.

In true cliché form, I’m starting September with a pumpkin recipe. Of course it’s still very much summer but fall is most definitely on the way and I’m here to welcome it with open arms.  This Vegan Pumpkin French Toast is so worth it though.  I made vegan french toast sticks last year and you all seemed to love it so much that I knew I needed to include way more french toast recipes.

Can I just say, I want to smother everything with this pumpkin spice batter. 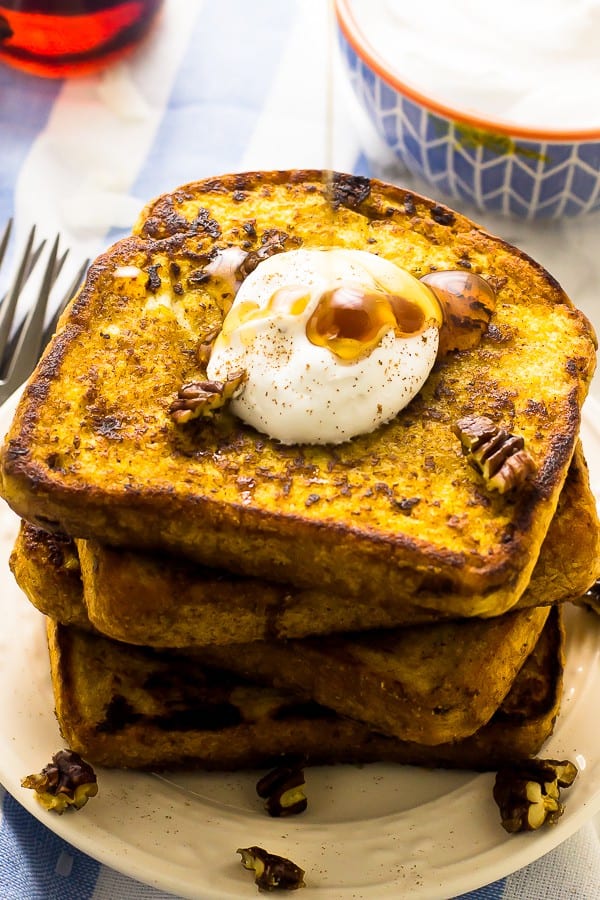 I used my trusted french toast batter and added in ½ cup of homemade pumpkin puree. Seriously, this TOTALLY transformed it! After adding in the pumpkin spice I wanted to gobble up both my and the Mr.’s share of french toast. Because I’m so kind, I did allow him to enjoy his toasts though. The pumpkin adds a depth to the flavours, a richness to the french toast, and makes it even more filling than before.

This pumpkin french toast remains way healthier than most because I used flax eggs which add tons of nutritional value, almond milk instead of the usual cream, and topped it with coconut cream instead of whipped cream. Between the pumpkin, flax seeds and the almond milk, you get a good amount of protein, fibre and vitamin A in each slice. It of course depends on the bread you use (I use regular whole wheat bread), but you’ll have about 90 calories for each slice of pumpkin french toast with all those nutrients packed in. Win, win.

Promise me you’ll try this, okay? You won’t regret it. 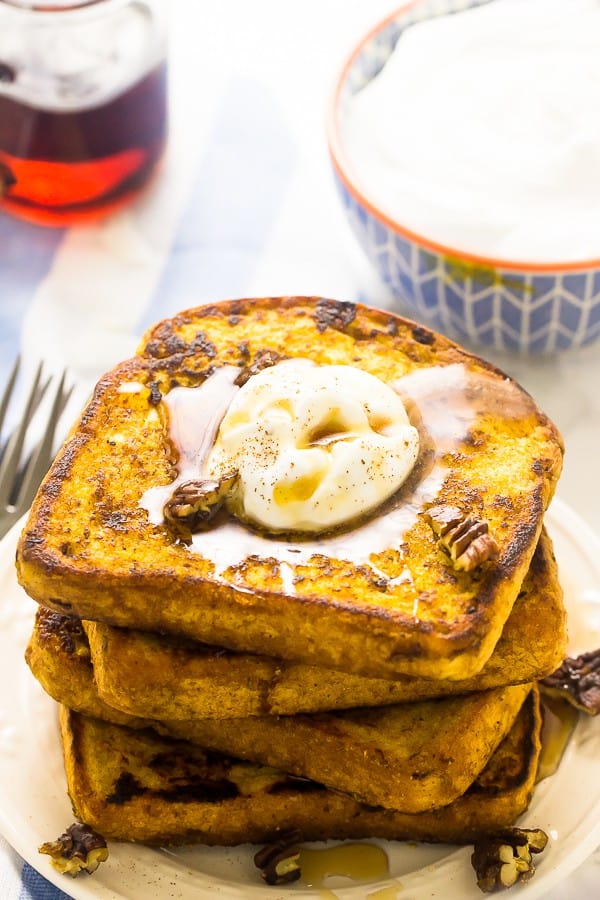 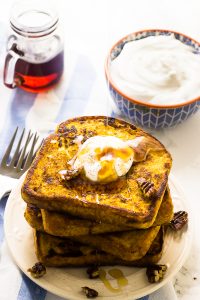 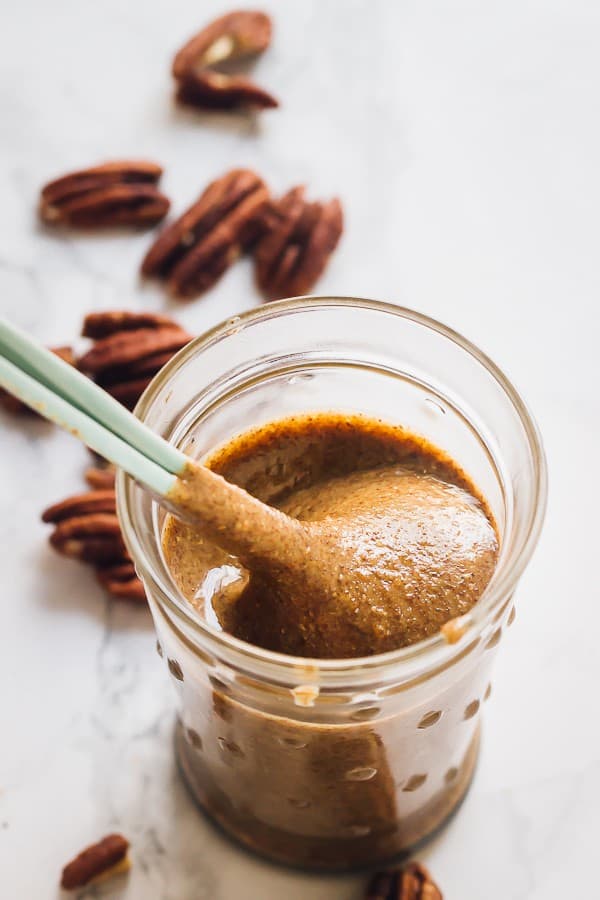 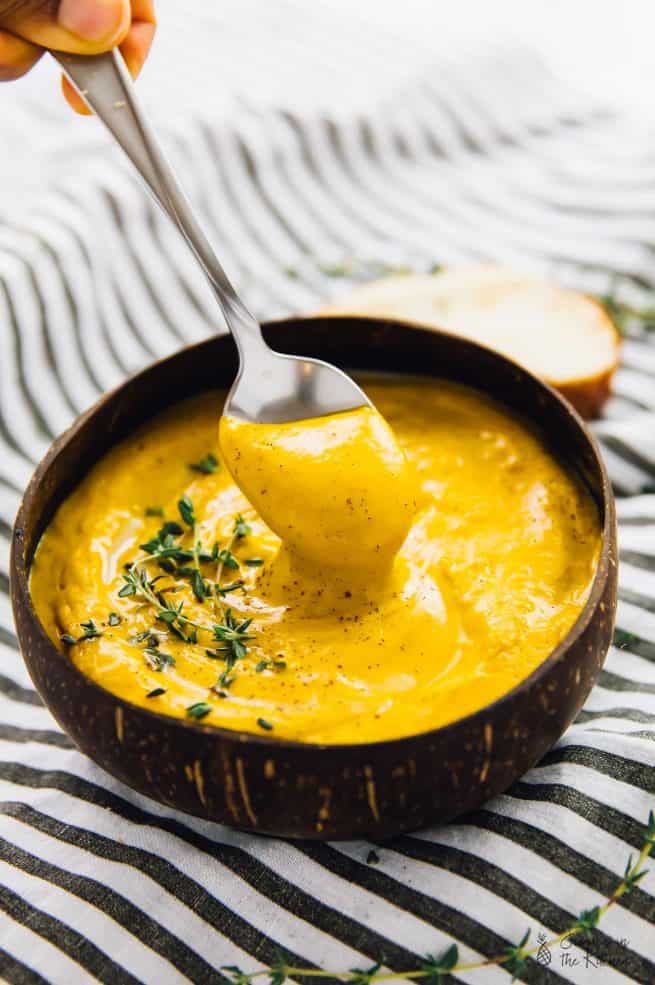 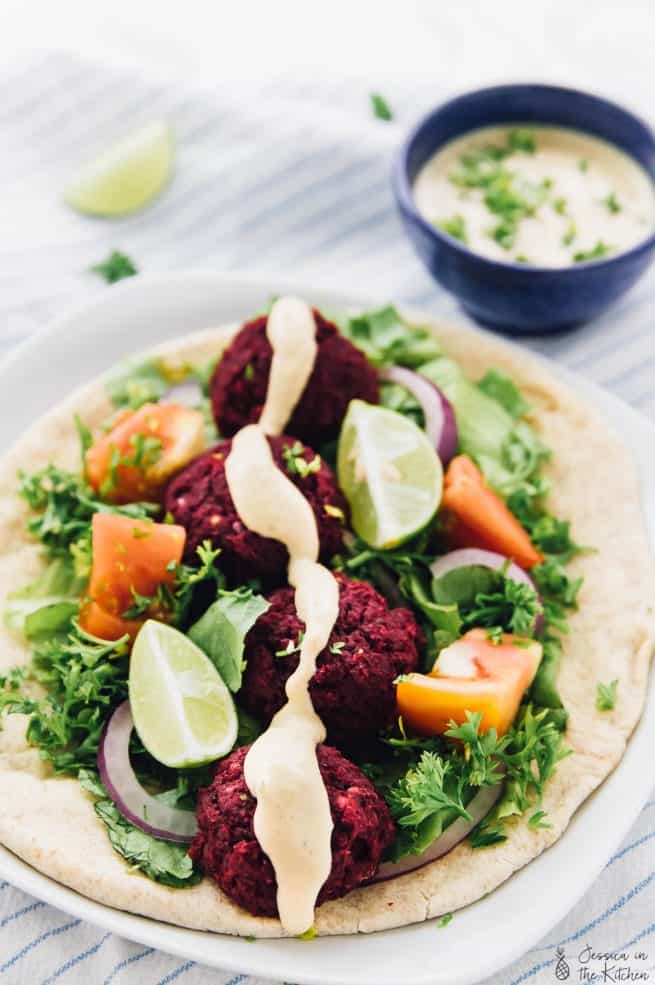