This Vegan French Toast is made with just 5 ingredients, is so deliciously crisp on the outside and soft on the inside and made in 30 minutes! 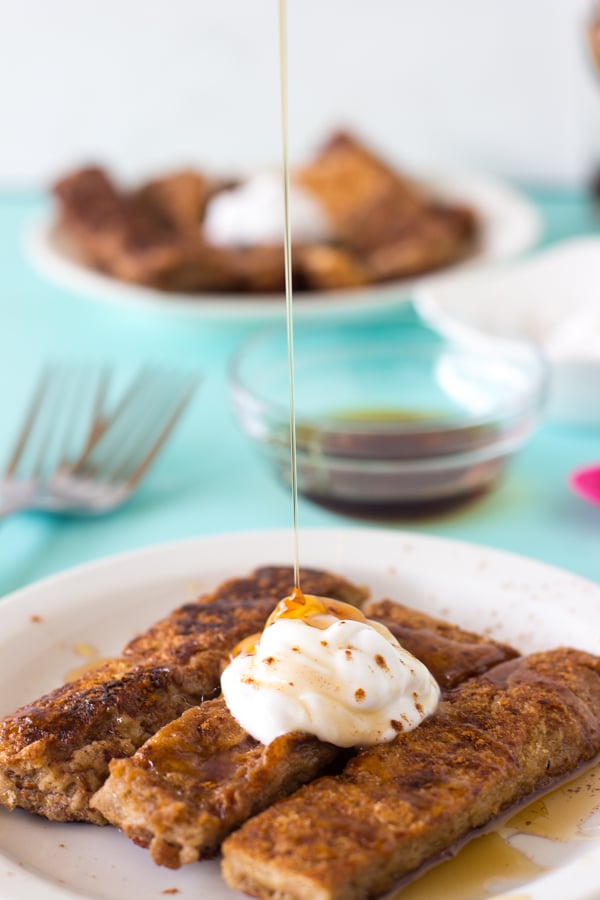 HAPPY DECEMBER! I associate all of December with Christmas, and Christmas being my second favourite event of the year (my birthday is my first!) I LOVE DECEMBER! It’s definitely beginning to feel like December…I have been SO COLD. Seriously, typing this now, I’m cold. You know what is helping to warm me up? (perfect segue) This Vegan French Toast. It’s pretty much, amazing. 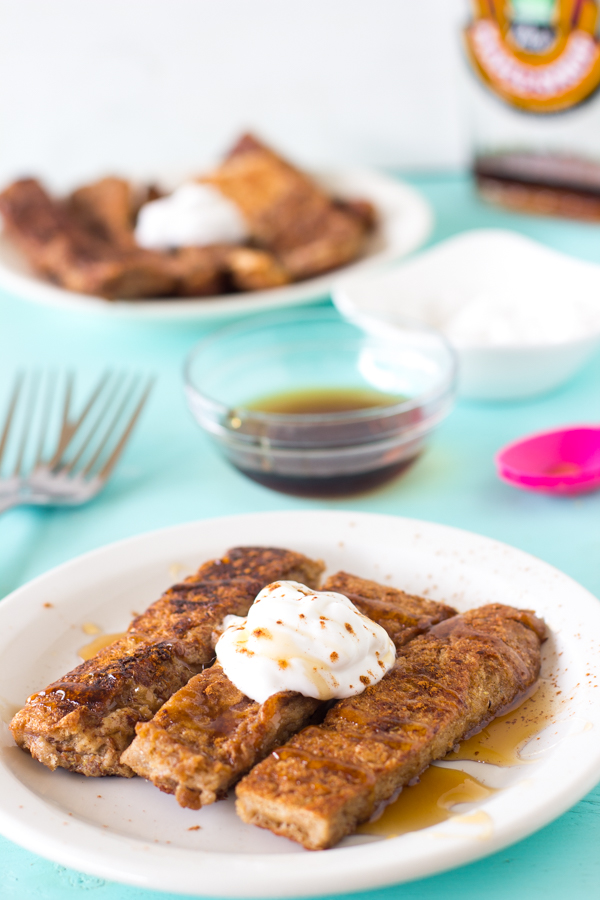 Every December, I have a sudden craving for all things french toast – baked, fried (sorry not sorry), overnight, cinnamon, coconut…all! Christmas breakfast recipes are like my favourite thing next to all things peppermint (I’m trying to restrain myself). This craving literally hit me over the weekend before December so I decided I was well overdue for some french toast.

Seriously, this is such an easy cinnamon french toast recipe. I’m a fan of french toast that resembles the sticks, so I decided I was going to tackle that type. I also wondered to myself, WHY is it that french toast has never been made vegan?! Like seriously, you can search for many recipes and they all have eggs in them with a few being vegan but I was up to the challenge to see if I could make a vegan french toast recipe that was still simple, and of course delicious.

I’m happy to say, it is so possible. 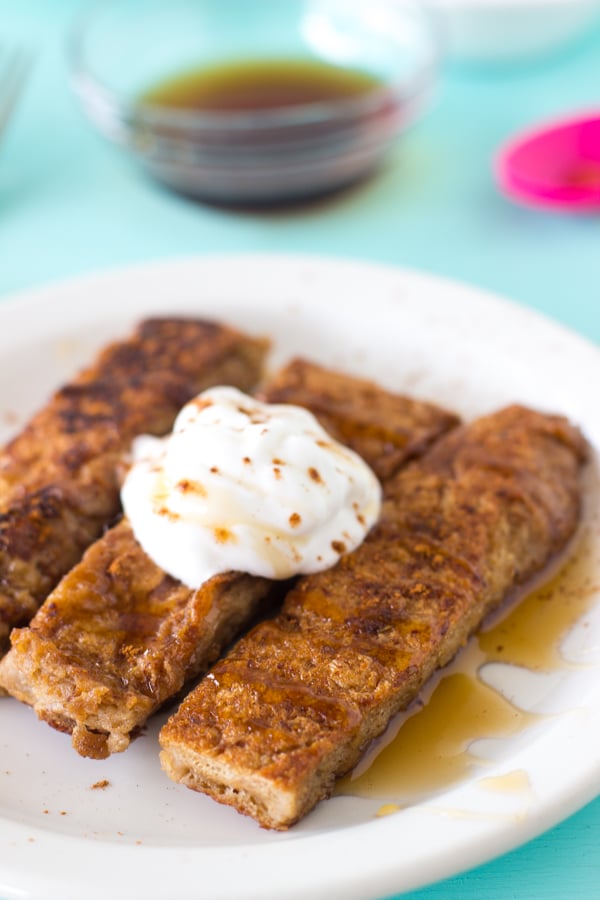 Knowing that in french toast, the egg in the batter is to thicken it up, I knew any egg replacer would’ve been perfect. I specifically went for flax seed meal (ground flax seeds) since one, I love flax seeds, and two, it would actually add some nutritional value to the french toast.

I also opted for french bran bread…aka the bread that was in my house at the time, over white bread because, we’re trying to keep things healthy here, you know? I’m also a fan of eating french toast in copious amounts without feeling absolutely guilty. 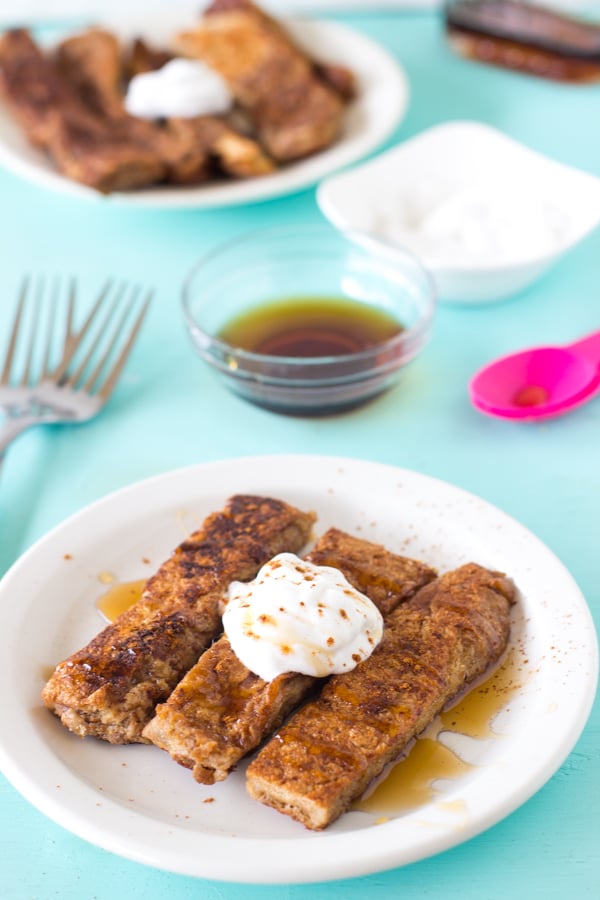 Once the batter sits a bit to thicken up, I dunked the french toast into it, not letting it sit in it for too long, and went ahead to pan frying them. After 5 minutes I flipped them…and that’s to ensure that everything gets nice and cooked on the inside. Feel free to leave them on longer if you want. It was so hard to not eat this straight out of the pan, but I had to remind myself:

Food blog Jessica, you have a food blog. I tell you, that’s the only thing that keeps me going something when the smell of cinnamon is filling your kitchen, and Mr. Bakes saunters in saying “that smells amazing!” while you’re fighting off the temptation yourself. What is it about the smell of cinnamon?!

I topped these off with some coconut cream – leave a tin of coconut cream overnight in your fridge, open it, scoop off the little liquid and that’s it! I sweetened mine with some of the maple syrup cascading over it in the picture below. THEN DUG IN! Here’s to soo many more Christmas breakfast recipes this holiday! 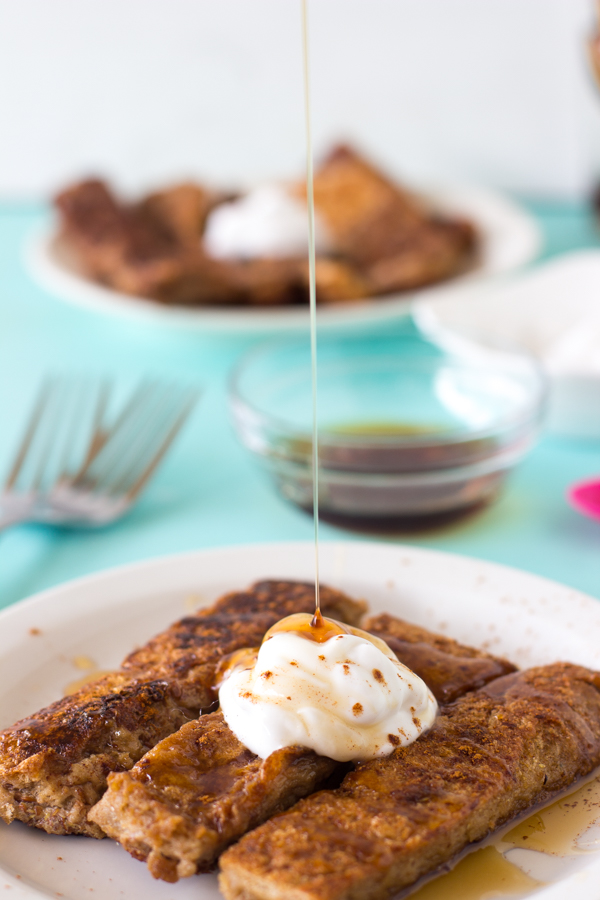 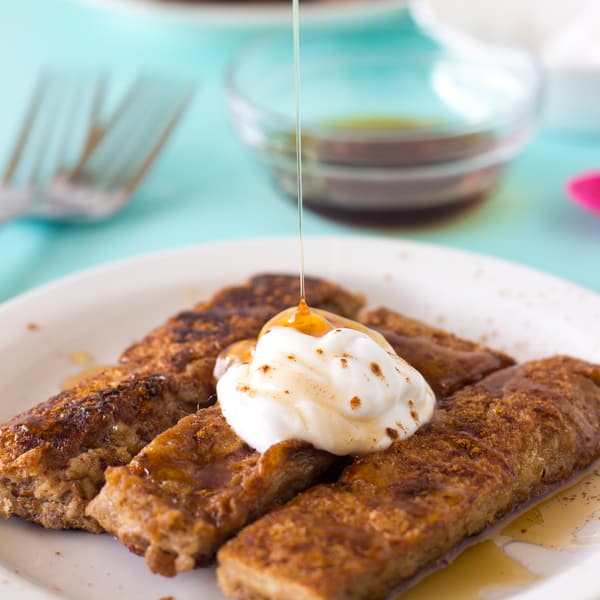 NOTES
Coconut cream is made by placing a can of coconut milk in the fridge overnight, then opening, scooping off the liquid, and using the thick cream.
by Jessica
Share This Post
You Might Also Like 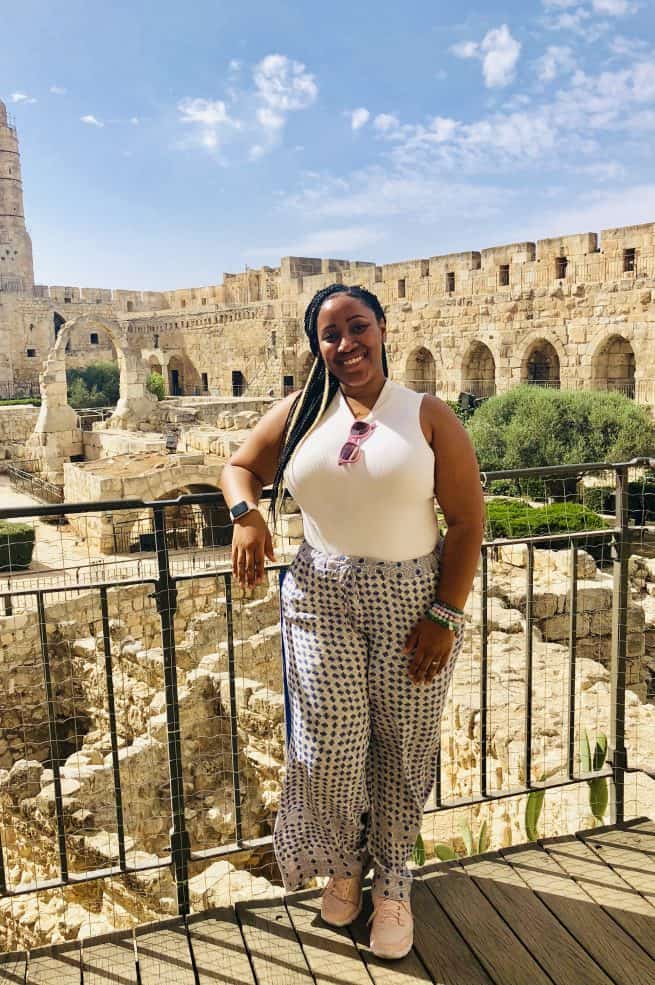 What To Do In Israel (Jerusalem, the North Region, El Carmel) – Israel Travel Guide Series Part 3 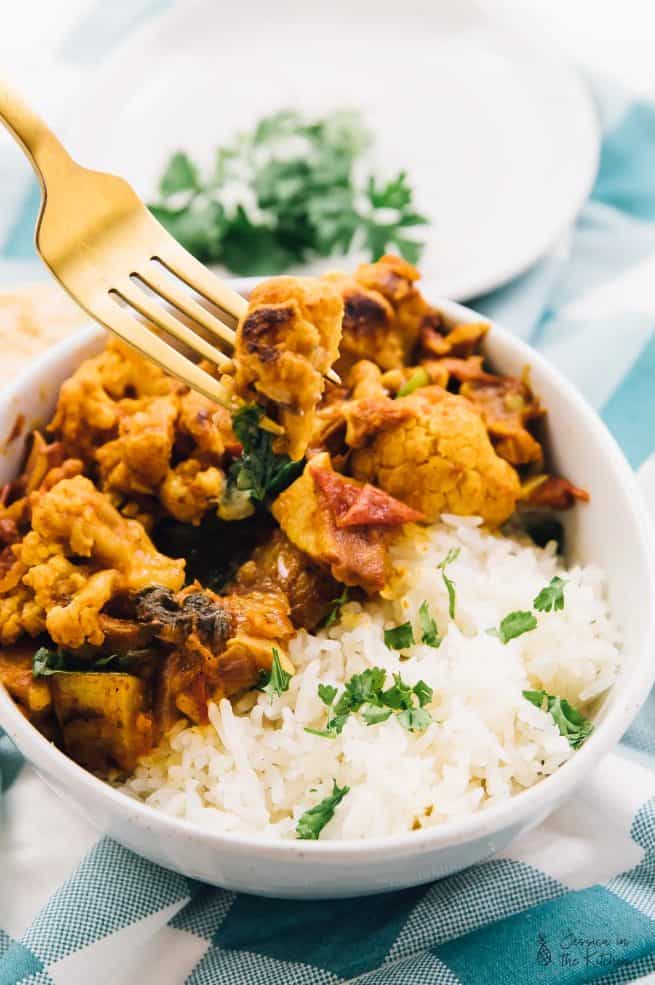 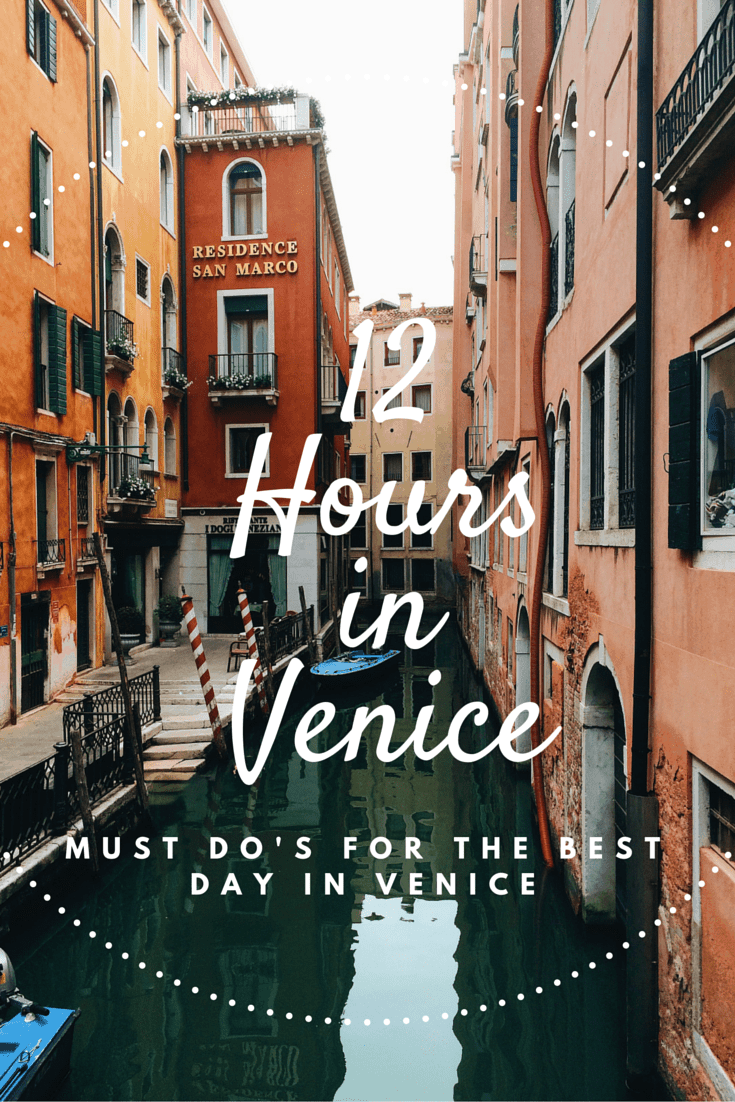 New on the blog is this Banana Bread Overnight Oat