Loaded with fresh, juicy tomatoes, this classic Bruschetta with Balsamic Glaze is the perfect appetiser for hot summer days!

The days of summer are getting hotter already, alright. I spent about 10 minutes outside this week and it was pretty hot! The kind of heat that warrants an endless supply of sangria followed by diving into a cold pool. The thought alone is cooling me down. Oh, don’t worry, I already thought of a snack option when you get out of that pool, and it’s Bruschetta with Balsamic Glaze.

I’ve had a bruschetta obsession for quite a while, so much so that I’ve even incorporated it into dinners! There’s an italian restaurant here that for the past few weeks, we’ve been ordering the same meal from. Okay, I’ve been ordering the exact same meal from. Bruschetta with Balsamic Glaze and Shrimp Scampi – I’m kind of obsessed. One day I was craving it so much then it hit me, wait, why aren’t we making me this at home? This appetiser took less than fifteen minutes to come together. Mr. Bakes chopped the tomatoes, I stood over the balsamic glaze and ‘tested it just in case’ and in ten minutes, it was ready to be devoured. We had a vegan focaccia loaf and sliced it on an angle to create the typical bruschetta shape, which actually provided a delicious array of herb-filled flavours. I wanted to be as traditional as possible to the original bruschetta so after brushing the bread with garlic, the next step was diced tomatoes, salt, pepper and olive oil. How could something so simple taste so delicious? The olive oil soaks into the loaf a bit, and I think we all know olive oil soaked bread is actually the best thing in the world. The balsamic glaze was so simple. I added balsamic vinegar, two tablespoons of brown sugar, and salt and pepper. Seriously, the simplicity of this recipe blows me away. The glaze adds a delicious contrast to the tomatoes, and the sugar helps to tone down the bite of the vinegar. You honestly won’t be needing all of it for one set of bruschetta, but if you’re anything like me, you’ll need this on hand to put on top of basically everything.

In a nutshell these bruschetta babies are juicy, flavourful, loaded with fresh ingredients and vegan! So, after you’ve dived into your pool, and you have your sangria and bruschetta in hand, give me a call and invite me over, will ya? 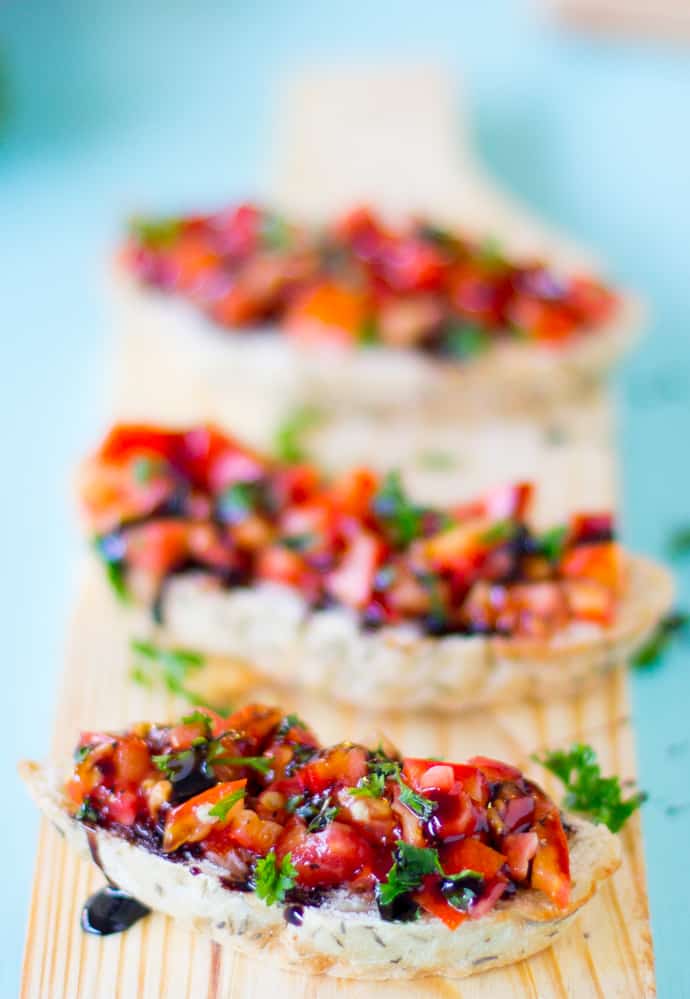 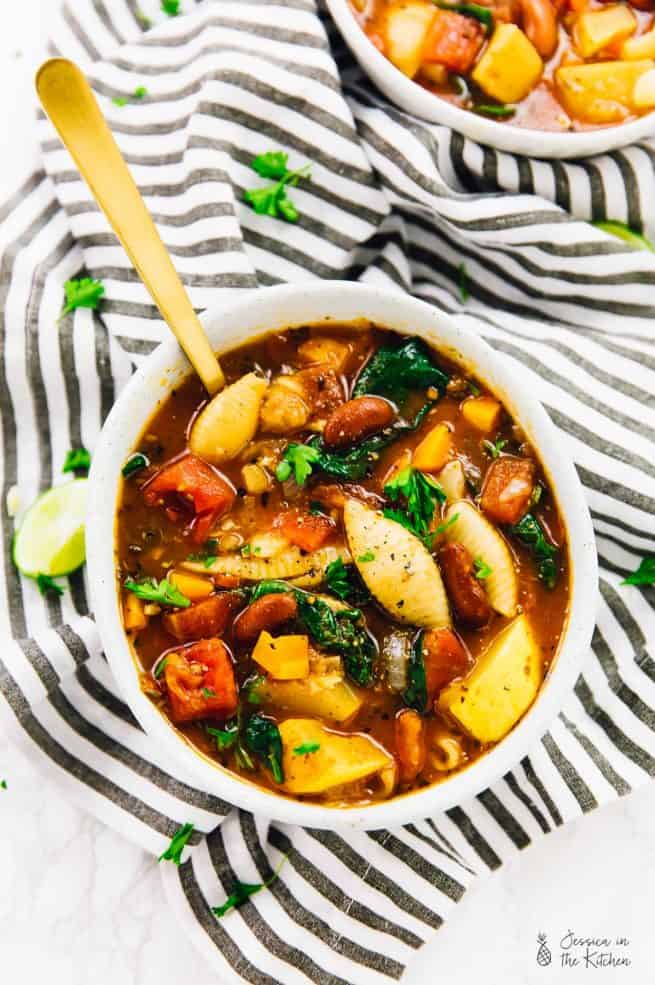 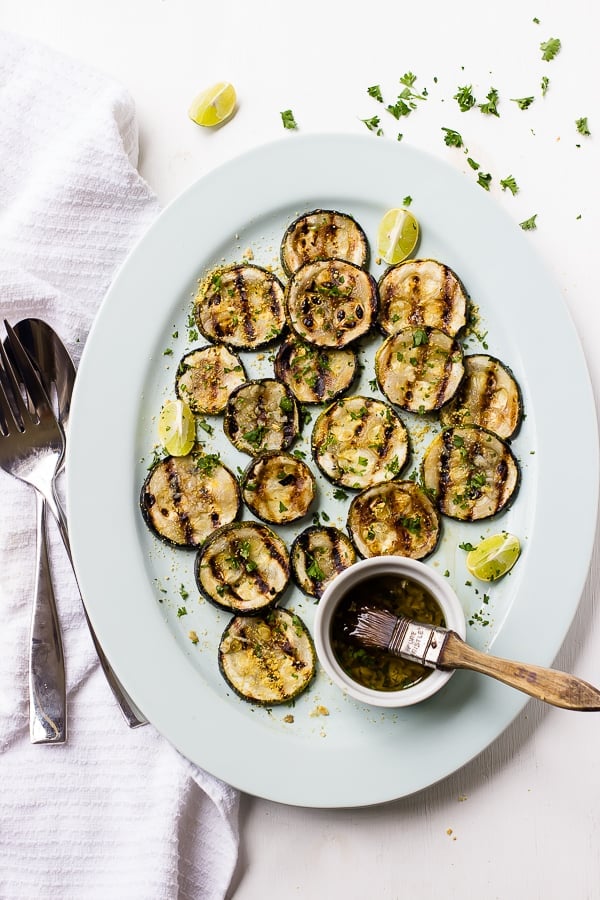 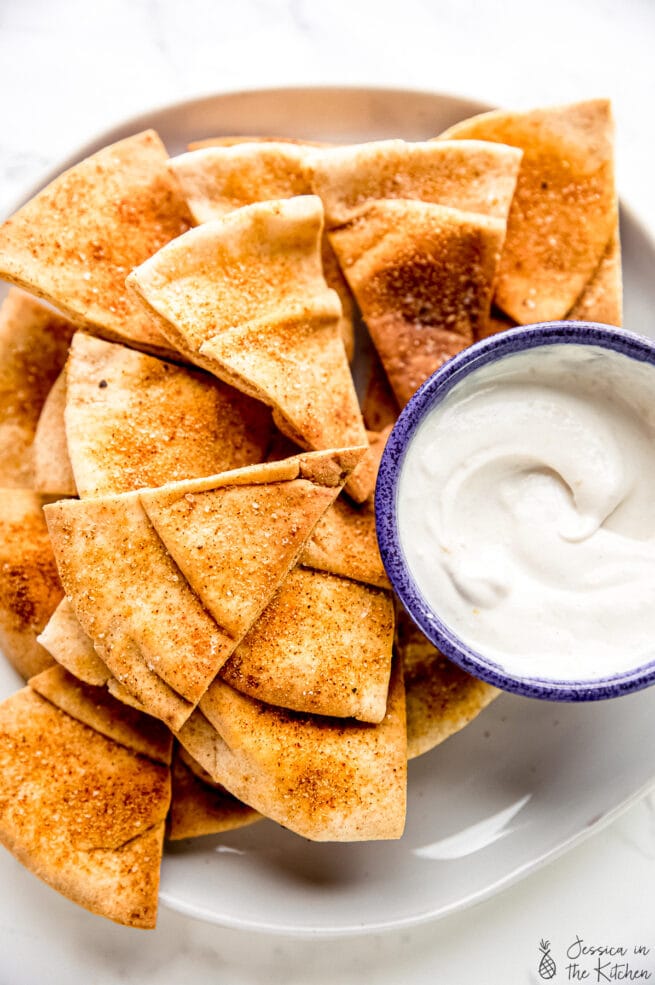 Drop me a 🍞 if you LOVE bread 😍 cause This N

Seeing your 5-star reviews on my Pumpkin Sheet Cak

#ad BRAND NEW on the blog is this Creamy Vegan Pum

This error message is only visible to WordPress admins


Error: API requests are being delayed for this account. New posts will not be retrieved.