This Easy Lentil Soup is loaded with delicious spices and very simple to put together. It tastes wonderful alone or as a side dish and is vegan, gluten free and loaded with whole food ingredients. 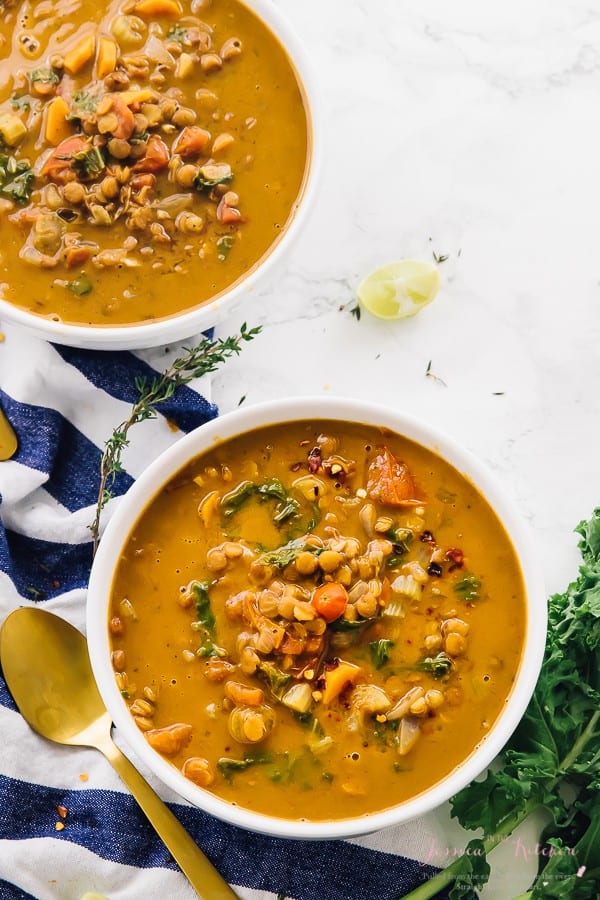 I’ve never been much of a soup person, but since 2017 that has changed quite a lot. In the last three weeks I’ve made cauliflower soup, even more vegan chili, and now this Easy Lentil Soup. Soup has become a staple ingredient for me weekly, and this soup definitely is in the top 5 soups I have had in ages. It’s chockfull with a divine list of vegetables, is perfectly spiced with indian spices, and is very filling. This soup can do no wrong in my books.

Funnily enough, this idea for this soup came out of necessity. After making all that broth for my me homemade vegetable broth post (and because life), I had loads left over. The meals on this week’s meal prep list did not include any veggie broth required recipes except quinoa. This left me with uh, 8 cups of broth. YUP. So what’s a girl to do?

Dig through her pantry.

I knew I wanted to make a soup. What I came up with was some lentils from my Vegan Meatloaf post tied up and waiting to be used. I’ve never made lentil soup on the blog and I have been trying to incorporate it into way more posts. It’s loaded with protein and unlike most legumes, it kind of seamlessly blends into whatever you put it in. Check, and check. Let’s make lentil soup! 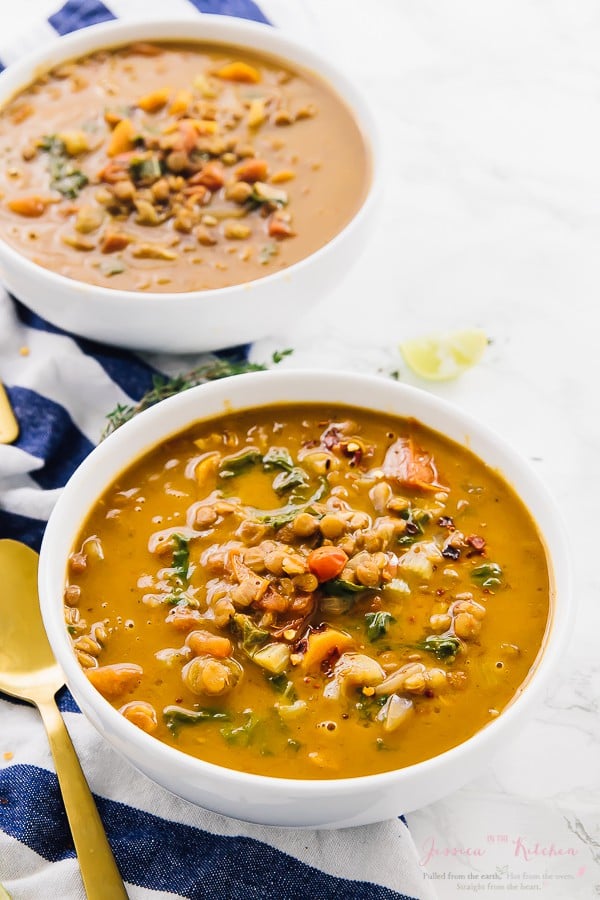 The process for this soup came about from my cauliflower soup. I am obsessed with blended soups (tomato bisques are my weakness) but I knew I couldn’t blend ALL of these veggies down. I wanted the veggies to shine through, but I still wanted my blended-ness (Is this a word?). So, why not blend some of the soup? Fortunately my little experiment worked out beautifully – you get a beautifully loaded lentil soup with all the veggies, but it isn’t thin at all. I love it. As for the veggies, I literally just used up what I had in my fridge. Er, don’t ask what I have 26 ounces of tomatoes in my fridge. I love tomatoes.

After perusing this post by Bon Appetit (and my perusing I mean taking notes because yes I do that on learning food sites still like a little nerd) I felt inspired to take an Indian spiced approach to this recipe. Which is where I took some knowledge from my coconut chickpea curry recipe and added garam masala. It’s the only powdered spice in the whole recipe, but it goes such a long way. It brings out all the flavours, without making this taste like a curry soup. Also, because I know how amazing tomatoes are for texture, and lime for bringing out even more flavours, I added those in too.

Uh, this is going amazingly so far. 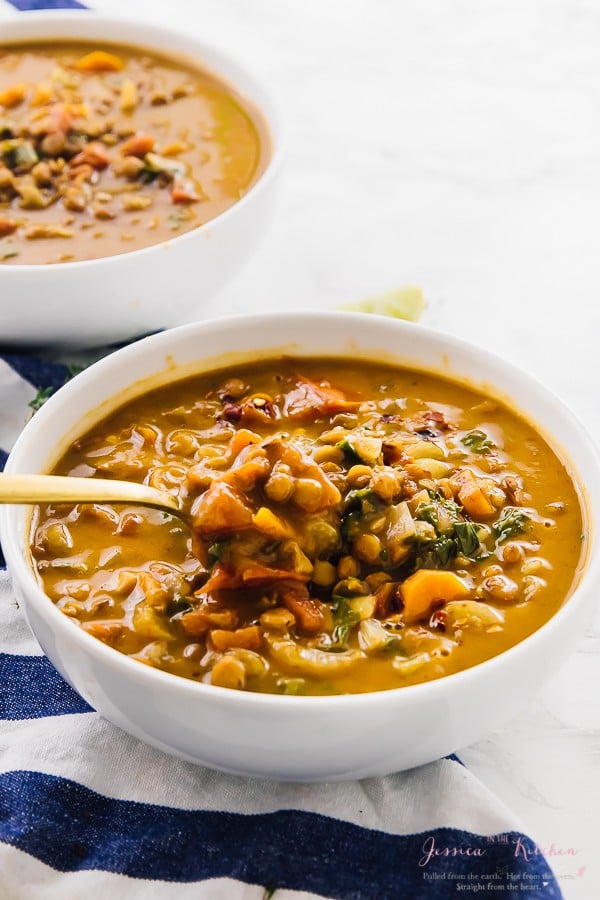 My last step to the soup would be add in ALL that veggie broth. That’s where we started, remember? Using a WELL flavoured veggie broth is an amazing idea for this soup. For that reason, I say after everything is said and done, taste it to see if you want more salt. It’s a LOT of lentil soup, but works so well if you’re meal prepping or serving a crowd.

Well, I can now tick that off of my vegetarian blog necessary list. Add some crusty bread to this to soak up some of that divine flavour, and some red pepper flakes for a lovely kick. You will not regret devouring this!

This Easy Lentil Soup is loaded with delicious spices and very simple to put together. It tastes wonderful alone or as a side dish and is vegan, gluten free and loaded with whole food ingredients.
by: Jessica in the Kitchen
Prep Time: 20 mins
Cook Time: 40 mins
Total Time: 60 mins
Serves: 6-7
Category: Soups
Calories: 223
Get Nutrition Facts
Nutrition Facts
Print
Share
Rating: 0 from 0 reviews
Ingredients
Instructions
NOTES

This soup lasts about 4 to 5 days in the fridge. It freezes very well. To freezer allow to cool completely. You can freeze in a freezer safe tupperware container, or flat in one serving portions in a freezer safe zipped plastic bag. It will last at least 2 months in the freezer.

If you try this Easy Lentil Soup (Vegan) please let me know in the comment section below, or tag me on instagram with the hashtag #jessicainthekitchen! For more exclusive recipes follow me on Instagram AND on Snapchat: jessinkitchen. 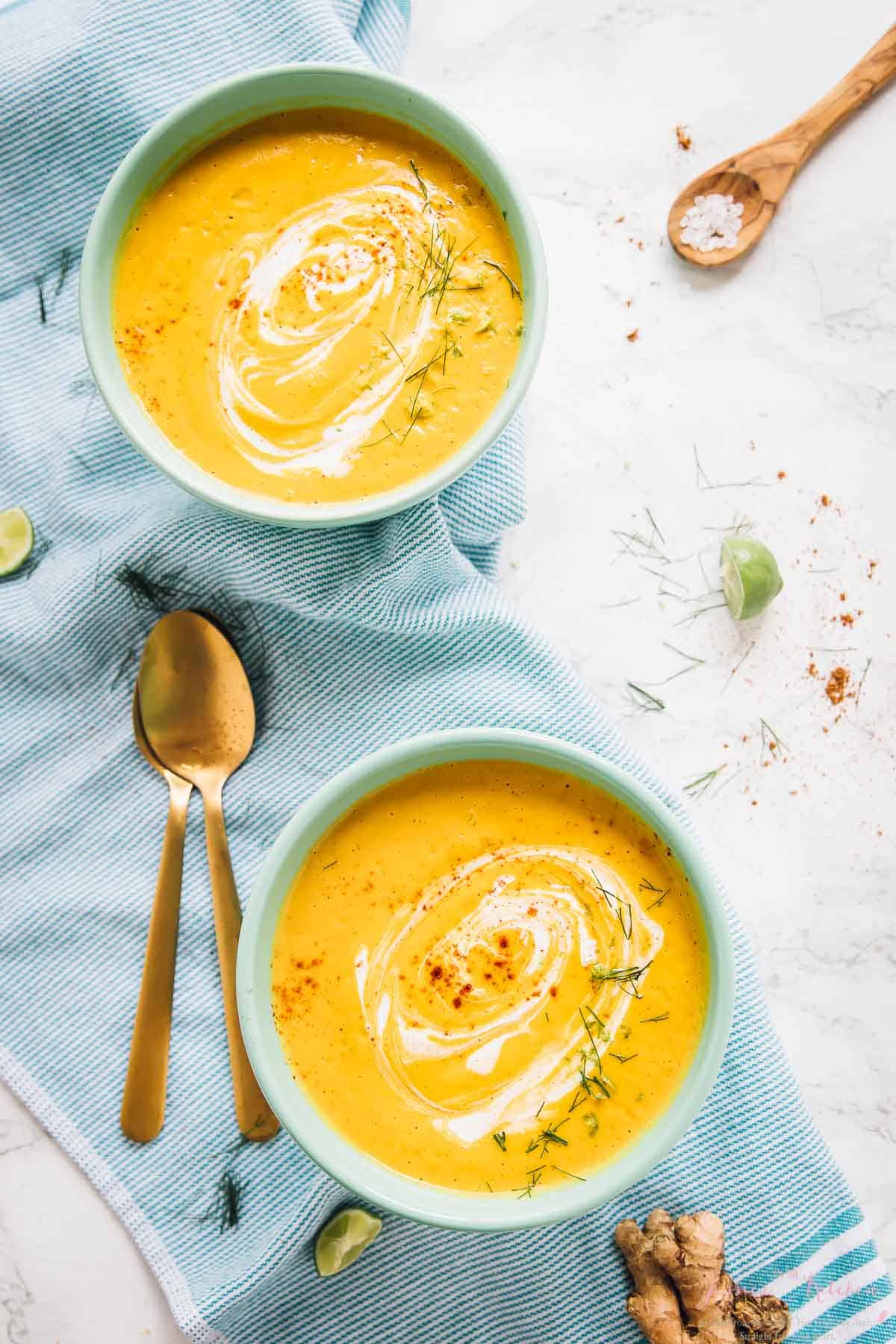 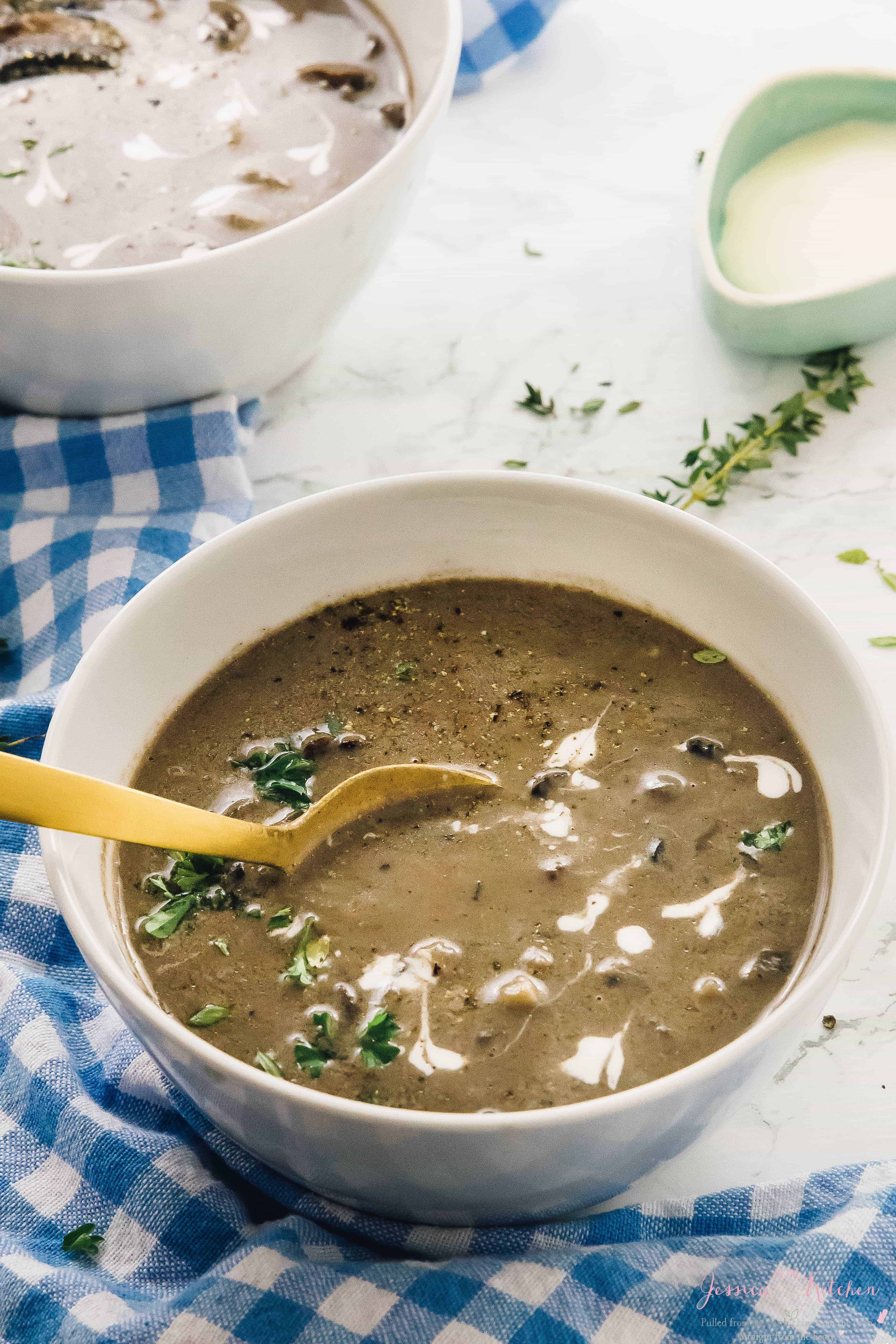 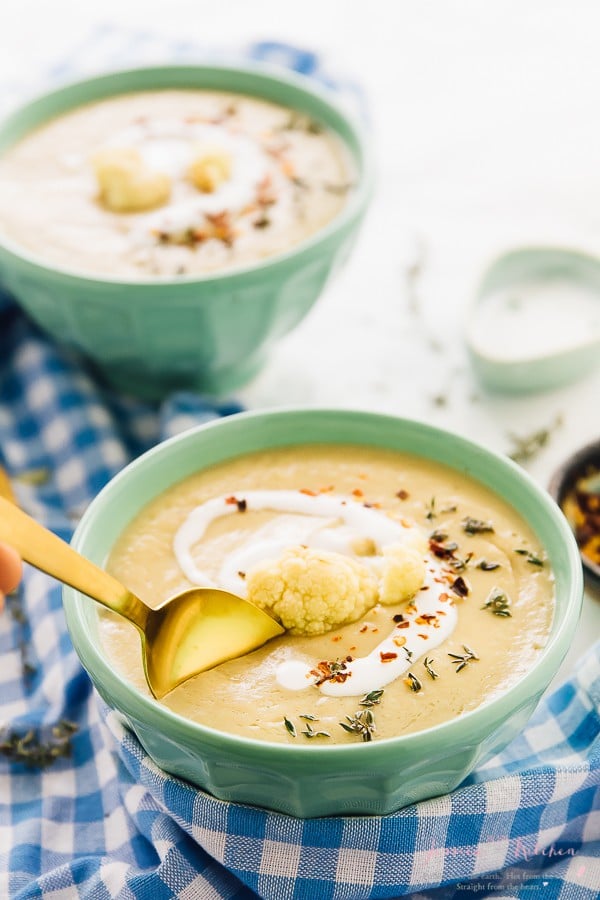 Bring back this Indian Butter Cauliflower cause yo