This One Skillet Three Cheese Baked Macaroni and Cheese is stuffed with delicious cheeses and topped with a crispy panko bread crust. It’s all made in one skillet! 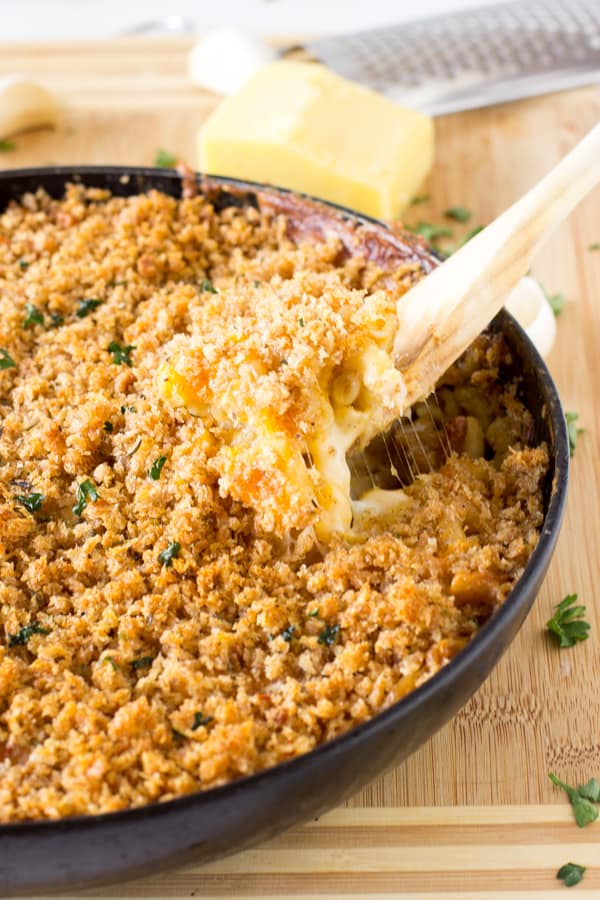 It’s 15 days until Christmas! As in, 15 days until a Christmas breakfast feast of croissants, muffins, french toast, casseroles and all sorts of hot chocolate flavours, opening gifts then too stuffed to eat lunch, then a double feast at dinner time of all sorts of macaroni and cheese, and potato salads, veggie pot pies and then a dessert of Christmas cake, peppermint brownies, peppermint bark and white chocolate cranberry cookies to name a few.

In case you’re wondering, yes,  I’m very excited. That’s why I’m continuing the festivities with this One Skillet Three Cheese Baked Macaroni and Cheese. We’re talking creamy, cheesy, decadent and incredibly comforting. Of course, I still found a way to make this healthier so you can eat even more of it. 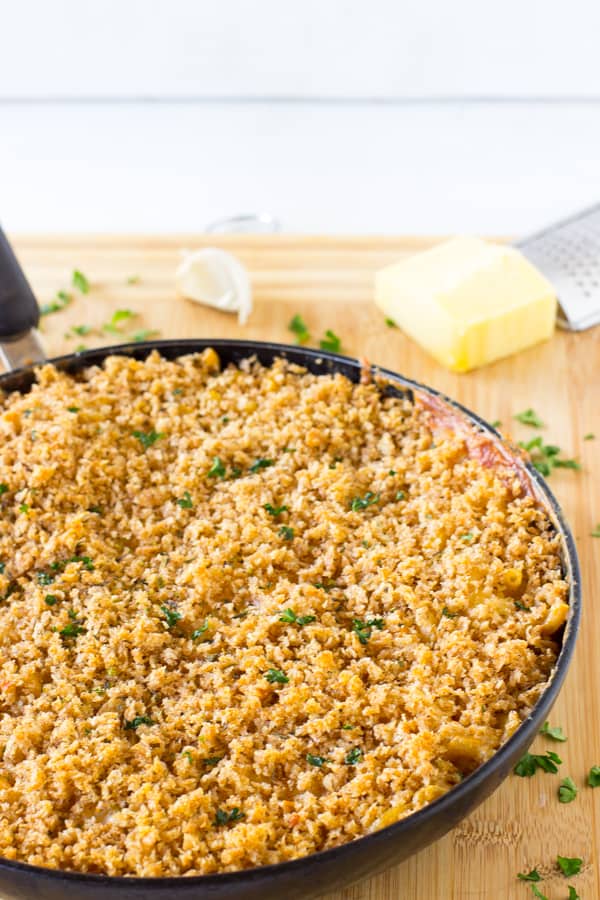 Growing up, I was that rare kid who just wasn’t that into boxed macaroni and cheese. I should have known then that I would’ve ended up in a life where goodies baked from scratch would excite me to a weird extreme but flash forward to my first time tasting baked macaroni and cheese; my life had changed forever.

A bit dramatic, I’ll concede. But suddenly this pasta was in almost a pie form, much thicker, and so deliciously cheesy! I’ve been a huge cheese fan (seriously, I look forward to wine and cheese nights, but that might be more because of the wine) so that’s naturally a win win situation for me. But really one me over with baked mac and cheese was always the topping. A crusty, breaded topping that was well seasoned and that covered the entire baked mac and cheese that you could get a deliciously crunchy bite with each soft, creamy and cheese macaroni and cheese forkful. 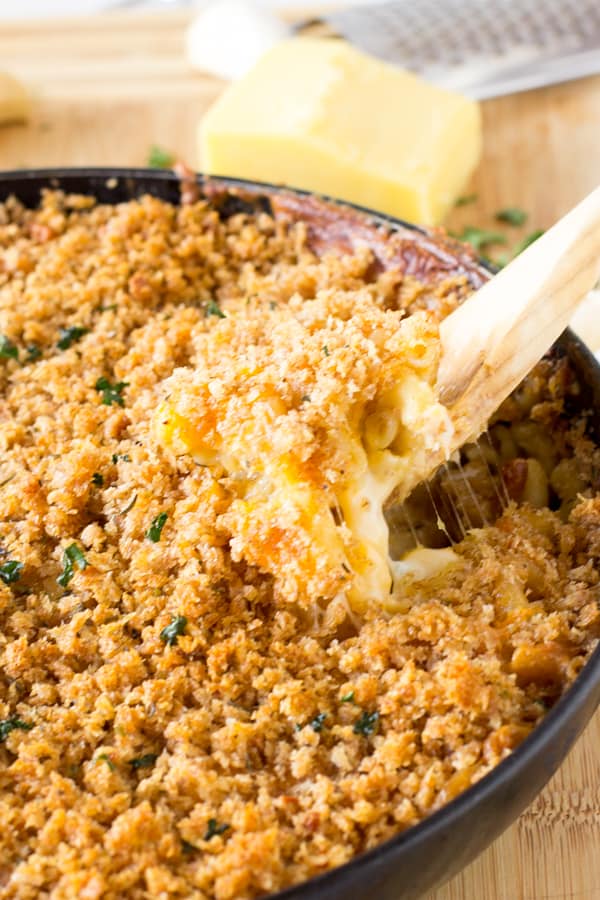 Thick, solid pasta base that was cooked until al dente

A crust that was crunchy, delicious, golden brown and well seasoned

A recipe that was simple and easy and required only one skillet/one pot for the entire dish.

We a winner my friends. 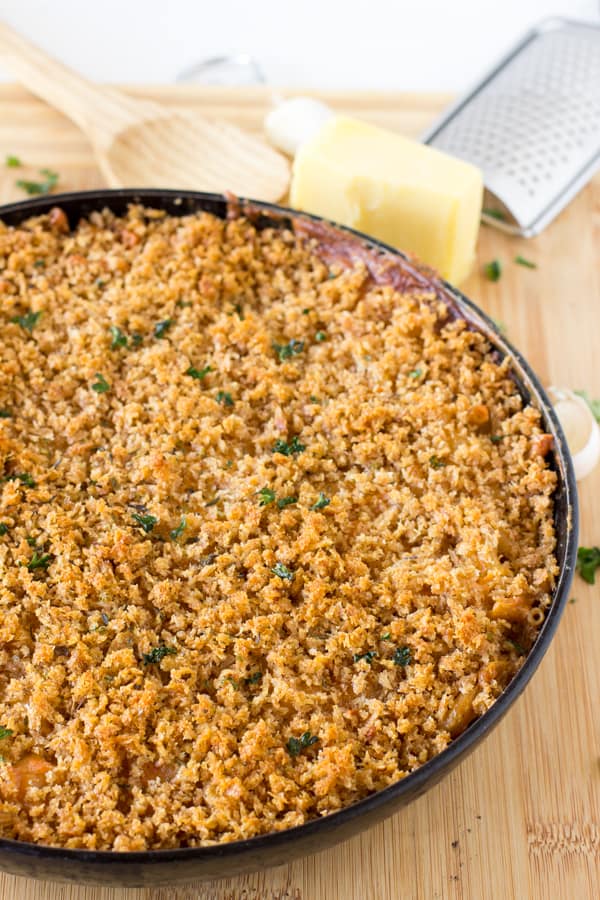 This macaroni and cheese recipe is all that I’ve been wishing for and even more. Garlic seems to be my signature seasoning so of course I added in a couple cloves which I think helped to develop the cheese flavour even further. The macaroni and cheese is solid enough to scoop into your plate but comforting enough that your eyes will roll back into your head as you take your first bite. I touched on the crust earlier but of course, it’s complete with everything I love in a crust.

And my favourite part? All made in one skillet. I could say it’s a one pot dish, and you could make it in a pot if you wished, but the skillet to me just presented itself so beautifully when served at the dinner table. My ideal dinner table of course, which focaccia bread on side and potato salad that Mr. Bakes made on the other side. Hello Christmas! 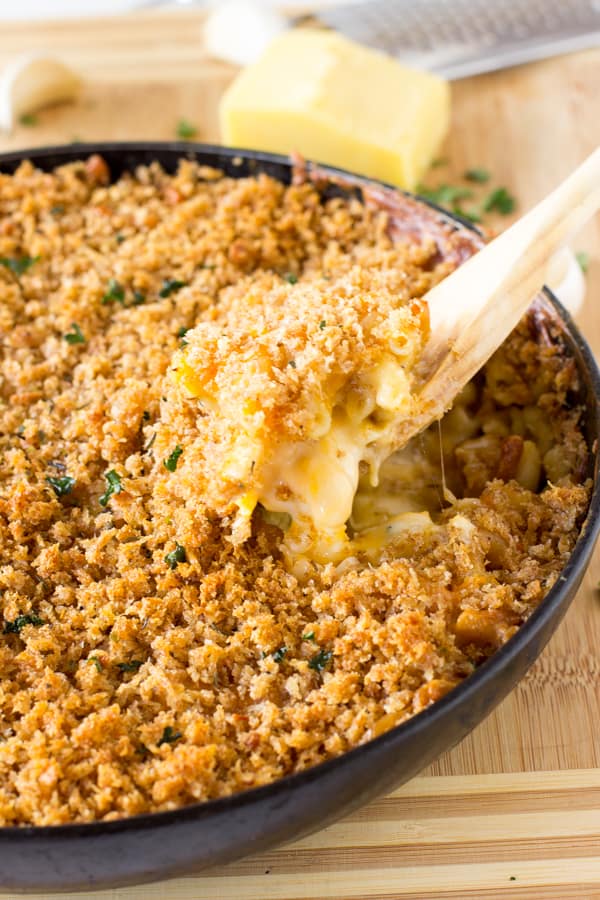 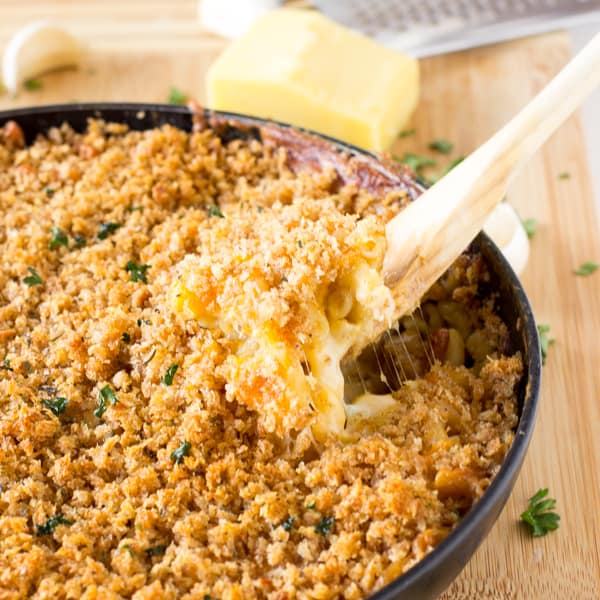 This One Skillet Three Cheese Baked Macaroni and Cheese is stuffed with delicious cheeses and topped with a crispy panko bread crust. It’s all made in one skillet!
by: Jessica in the Kitchen
Prep Time 10 minutes
Cook Time 30 minutes
Total Time 40 minutes
Servings 8 servings
Course Dinner
Cuisine American
Print
Share
5 from 2 votes
Ingredients

NOTES
If you don’t have non dairy milk or vegan butter you may use regular milk and regular butter. When doubling this recipe, you won’t need all of the cheese. I used 5 cups when doubling. 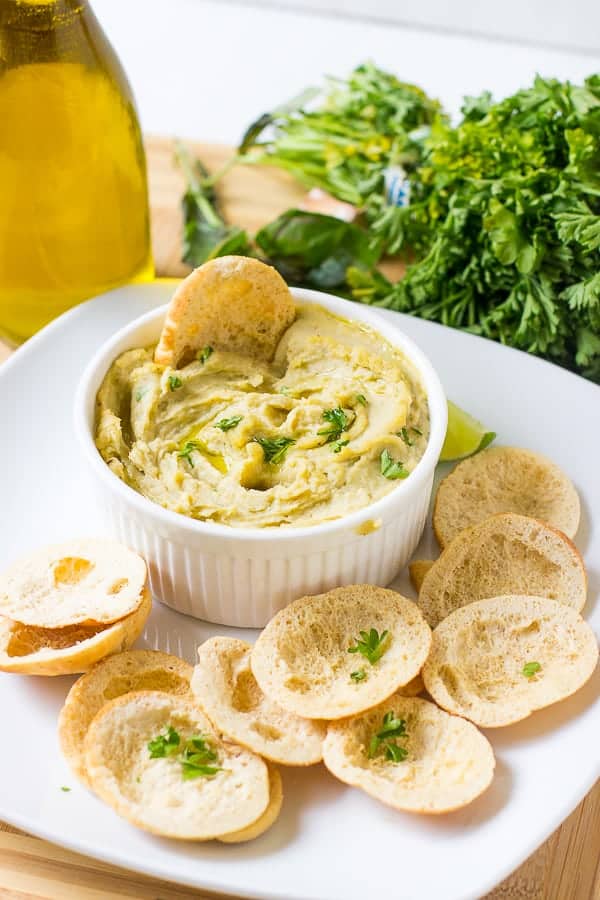 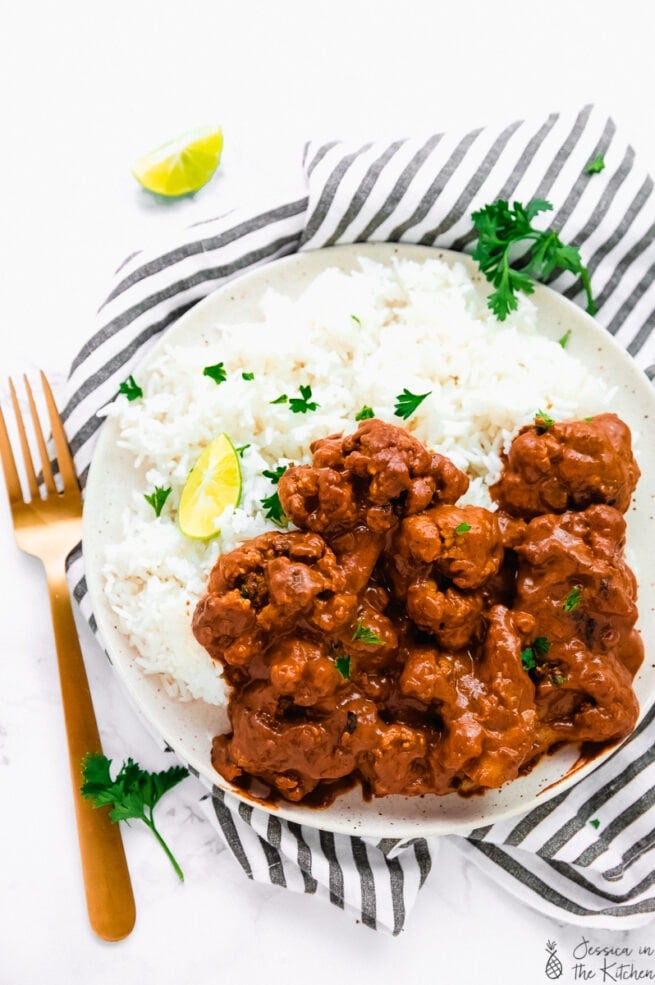 Do you love (vegan) popcorn chicken as much as I d

How do you make your tofu? Air fryer? Pan frying?

This Sweet and Sour Tofu 😋🍚 is one of my fav