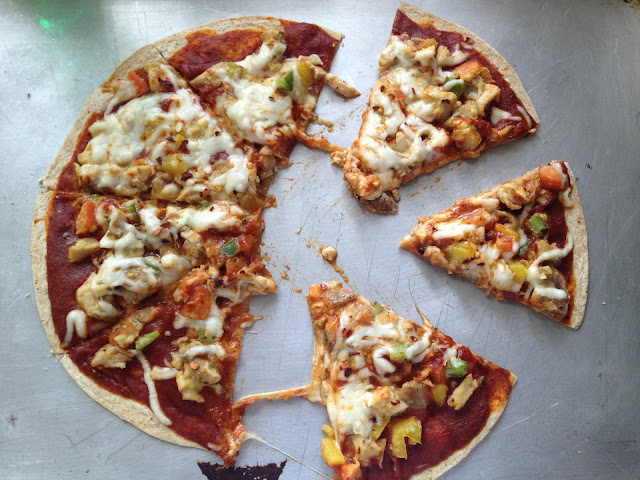 So, I’m in the middle of a new iron chef and definitely don’t want to miss too much! But I stick to my
promise :D. I’ve made some healthy and delicious tortilla pizzas that I had for lunch that were YUM. ACTUALLY this would have been completely vegan except I added chicken, but without it here’s a vegan meal I completely enjoyed! Yay! 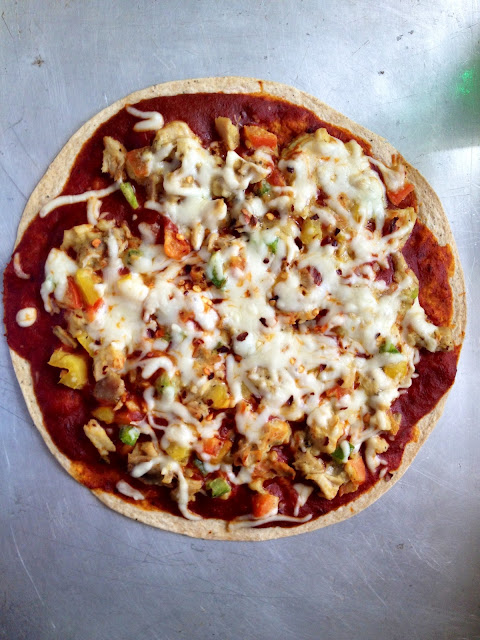 It’s super easy to make and guilt-free pizza. I found this recipe on Oh She Glows which is a great healthy food website. I only made one for me, but the original recipe calls for two for two people. Personally I was fully after one but psh! The greed inside me says if you want both do it cause it’s healthy (heheh). I didn’t add the black beans in the recipe, and I used a wrap instead…which is basically the same thing. Anyway, bottom line is I was so happy and glad that I made this. Try it out!

P.S. Try out the vegan cheese sauce in the recipe! It’s actually a nice sauce to put on anything you’d put cheese on! 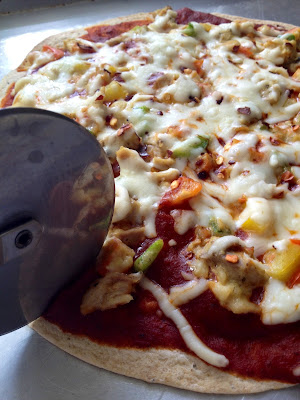 I made these healthy and delicious tortilla pizzas for lunch, they were YUM. ACTUALLY this would have been completely vegan except I added chicken, but without it here’s a vegan meal I completely enjoyed! Yay!
by: Jessica in the Kitchen
Prep Time 5 minutes
Cook Time 10 minutes
Total Time 15 minutes
Servings 6 servings
Course Dinner, Lunch
Cuisine American, Italian
Print
Share
5 from 1 vote
Ingredients
Instructions 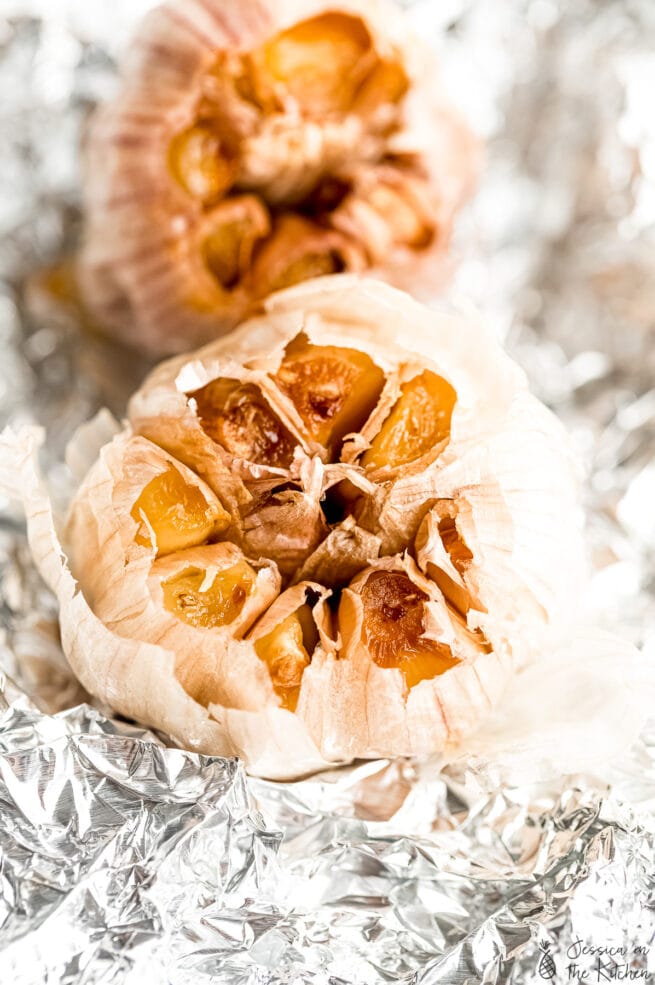 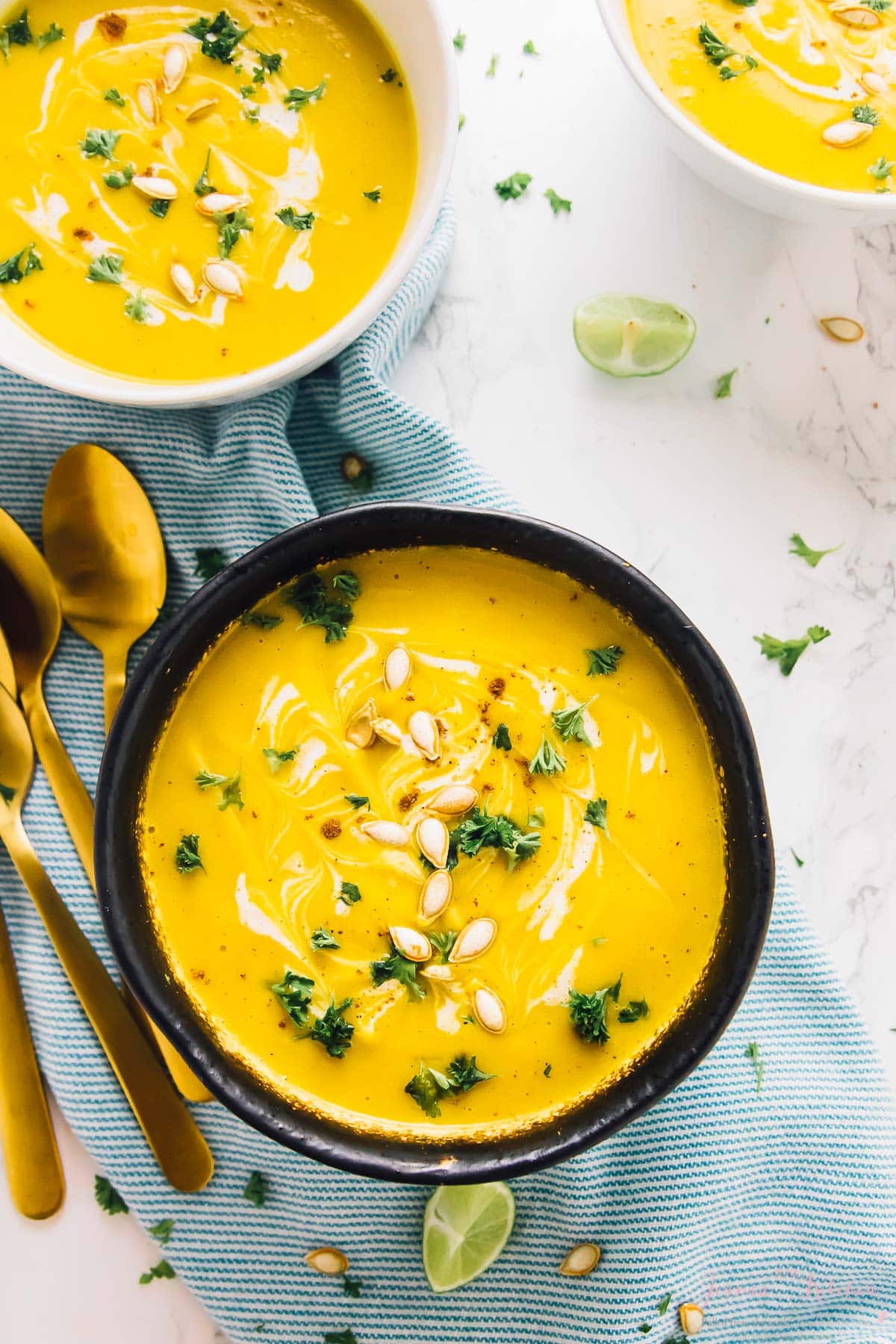 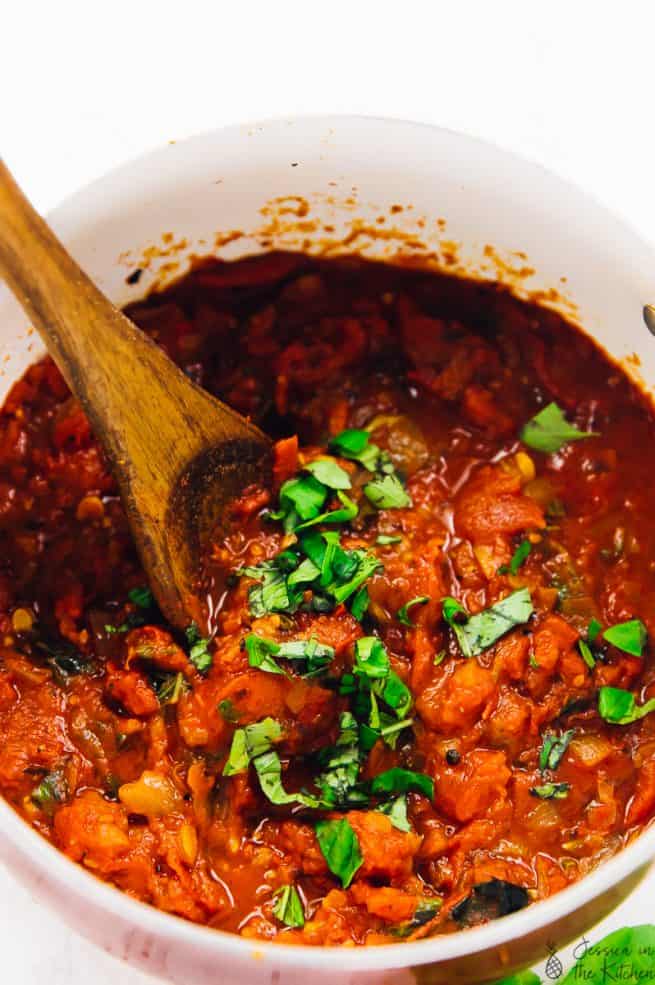